A young mother says her $2,000 of lost luggage has been ‘magically’ found by Virgin Australia after outrage when she revealed it had been missing for two weeks.

Ava Downs, 21, flew to Townsville in northern Queensland from Launceston, Tasmania with her 10-month-old daughter Emily on July 12 only to arrive and find her suitcase had been lost.

Ms Downs had to go on three separate Virgin flights to get to Townsville and had no idea where or when during the trip that her bag went missing.

Despite multiple attempts to get answers from the airline, and an email wrongly telling her it had arrived in Townsville, the mother almost gave up hope of getting her belongings back.

But now, the mother has told Daily Mail Australia the missing luggage was found just hours after she appeared on the Today Show to share her story on Thursday.

Ava Downs, 21, flew to Townsville in northern Queensland from Launceston, Tasmania with her 10-month-old daughter Emily on July 12 only to arrive and find her suitcase had been lost 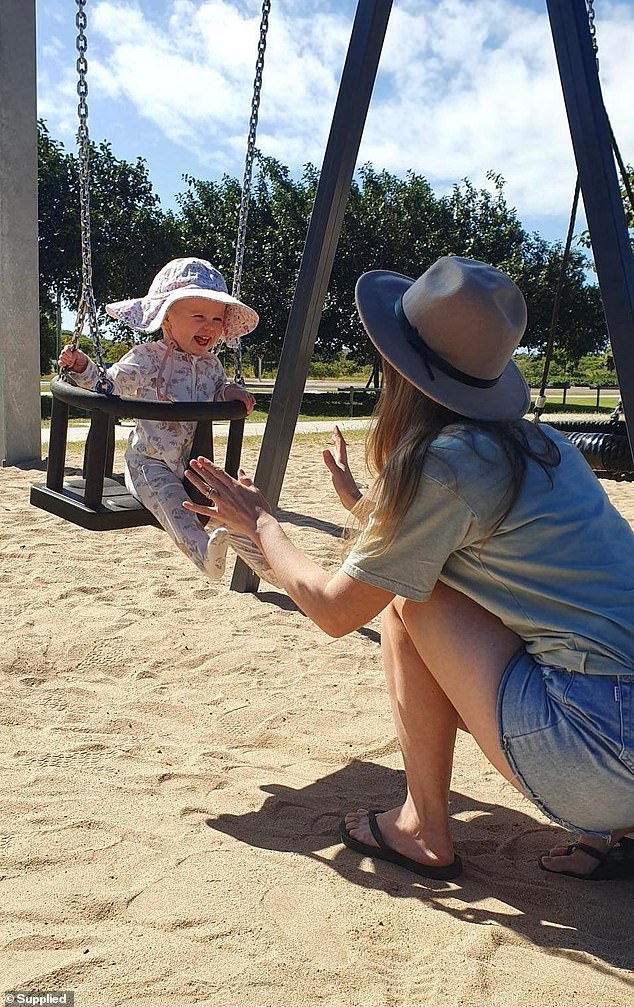 The mother said she had about $2,000 worth of items inside her luggage

‘Within hours of my interview on the morning show yesterday, Virgin decided to send my bag to me straight away,’ she said. ‘I have received it today. It was sitting at the Sydney airport and must have magically appeared.

‘I’m both relieved and angry as it’s obvious that they weren’t even trying to get it back to me for the last two and-a-half weeks, and it shouldn’t take that much effort from my end to get their attention.’

Previously speaking to Daily Mail Australia, the mother revealed some of the missing luggage contained her daughter Emma’s birthday presents.

‘Because we were in Tasmania for two weeks, I basically packed all of Emily’s clothes but I also had unwrapped gifts from her birthday, as well as a birth bracelet and broach,’ she said.

‘A lot of the items are sentimental to me.’

After landing on July 12, Ms. Downs waited for 40 minutes to speak to someone about her missing luggage.

‘I was at the baggage carousel the whole time so I knew no one had taken it,’ she said.

She was told at the airport that her bag would likely turn up later that evening and that they would call her when they found it and deliver it to her home.

She received a voicemail later that day from the airline telling her they hadn’t located the bag. 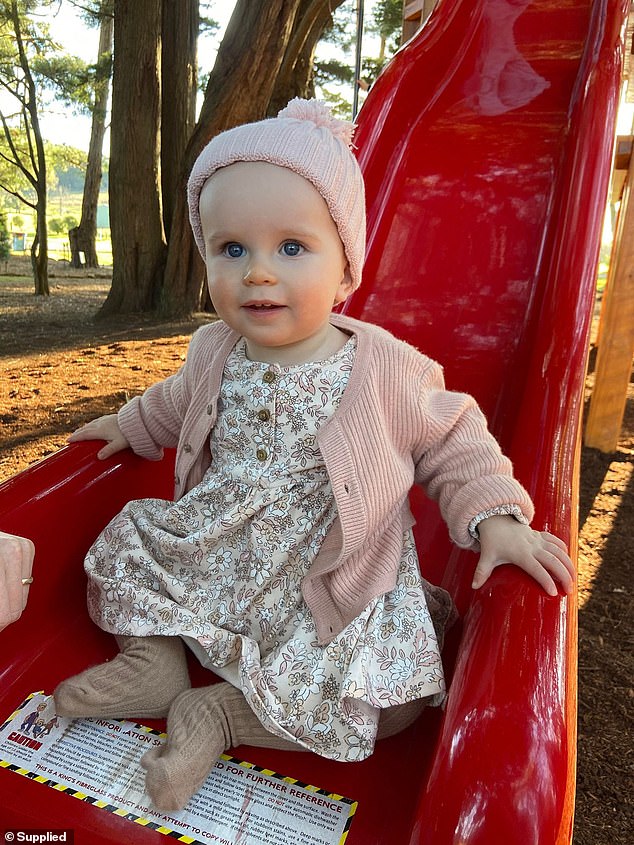 Ms. Downs said some of the items inside were sentimental to her from when her daughter was a newborn

Two weeks passed and she was left in the dark, leaving her without clothes, her ASICS running shoes, her daughter’s toys, make-up and toiletries.

Ms Downs said she tried calling the airline multiple times but didn’t get through to anyone on the phone until Monday, July 25.

She has instead been emailing Virgin staff but said it would take days to hear back and was only told they’ve escalated the matter to the baggage team.

She also bizarrely received an email telling her the bag had been dropped off to her house, even though it hadn’t.

‘I went to Townsville Airport and the woman there told me they were still trying to trace it and put it down to miscommunication,’ she said.

‘I told them ”I really hope you’re trying to find my bag and it’s not just sitting in a room full of other bags”,’ Ms Downs said earlier this week.

‘I don’t know if I’ll see my luggage again but I’m holding onto hope.’

Ms Downs had also been told to make a claim on the value of the items – but she didn’t have the receipts for what was inside her bag.

A Virgin Australia spokesperson previously said the matter has been investigated and the company has apologized for any inconvenience caused.