KUALA LUMPUR: “He will defend himself”. This was the response of DAP secretary-general Anthony Loke on investigations against former attorney-general Tan Sri Tommy Thomas over his controversial book.

“If there is any case, let the relevant authorities investigate,” Loke told reporters at a press conference on Wednesday (Oct 26).

He was asked on a remark made by Prime Minister Datuk Seri Ismail Sabri Yaakob on Tuesday (Oct 25) that Thomas was believed to have committed four offences based on the investigation into the contents of his memoirs “My Story: Justice In the Wilderness”.

“If he (Ismail Sabri) believes that there is a case and that Thomas has committed a wrong, the relevant authorities investigate him.

“We do not need to answer on his behalf,” he said.

Loke that Pakatan was aware that the issue would be used as a weapon against them during coming polls.

“He (Thomas) was the former AG and he is not a person with Pakatan although he was appointed during the Pakatan era.

“He is not a Pakatan leader or a member with any political parties in Pakatan,” Loke stressed.

The publication of the memoir by Thomas in January 2021 caused a public uproar, resulting in some 244 reports lodged by various individuals and groups against him.

Thomas’ book was criticised by various quarters including the Attorney General’s Chambers and several politicians for allegedly containing elements of incitement, insults and defamation.

Thomas was appointed as the attorney general under the former Pakatan government in 2018, but resigned after the administration collapsed in February 2020.

The special task force report on the book has been declassified and the 241-page report was made public on the Legal Affairs Division of the Prime Minister’s Department website on Friday (Oct 21). 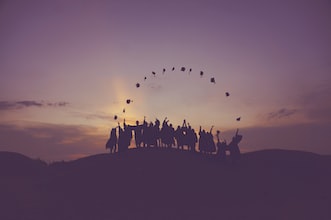 QuickCheck: Was a Malaysian phone number used in an award-winning AAA video game?