Hankies at the ready: The Neighbors are leaving. The residents of Erinsborough, that fictional paradise of suburban Melbourne, are selling up as they abandon both the most beloved address in Australia… and us.

Last night, on the final episode of the soap that caught our imagination for 37 years, each ‘For Sale’ sign hammered into the double-garage driveways of Ramsay Street was like a dagger in my heart. Crikey, some of us had spent half a lifetime watching the show, but we didn’t expect the producers to turn our beloved set into a ghost town.

And yet the characters’ reasons for leaving – marriages breaking up, new dreams pursued in other countries, getting older, downsizing as homes had grown too big – were all bittersweet. 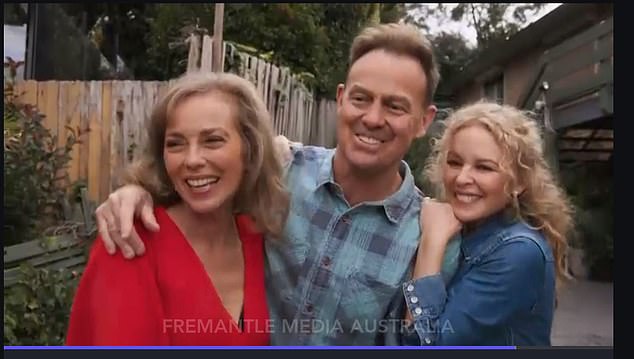 It reminded me of the pain we Platells felt on leaving our family home in Reynolds Road, Perth, after 50 years: The scene of my childhood and my teenage years. Filling that skip with what I have to admit was a lot of old tat – but deeply precious nonetheless – was as gut-wrenching as it was for me last night, watching Susan Kennedy, the soap’s teacher married to GP Karl since 1994, preparing to leave Ramsay Street for ever.

The mood was nostalgic and poignant. Packing up her belongings, Susan (Jackie Woodburne) spoke for all of us – not just her fellow characters – when she cried: ‘Time is running out. It all goes so quickly.’ How right she was!

Harold Bishop, an on-off Neighbors fixture since 1987, caught the same tone when he said: ‘It’s the end of an era, the whole street’s on the market, younger people become older people and older people just become older.’

And what happens to older-older people? Well, even they can still find a home: Harold’s sainted wife Madge (Anne Charleston), who died in 2001, returned as a ghost! As Susan said, remembering lost friends: ‘Everyone deserves a place in Ramsay Street, even those who watch us from above.’

Other much-loved former cast members took a victory lap round the set, including Guy Pearce – now a Hollywood star, of course – reprising his role as the eye-wateringly hunky Mike Young, which he first performed in 1986 as a teenager.

Mike had come back to Ramsay Street to settle there with daughter Sam, who has Down’s syndrome, but ended up realizing he still loved his sweetheart Jane Harris. Who doesn’t go nuts for a young romance rekindled: A Plain Jane with a big brain who metamorphises into a beauty and finally gets her leather-jacketed prince? 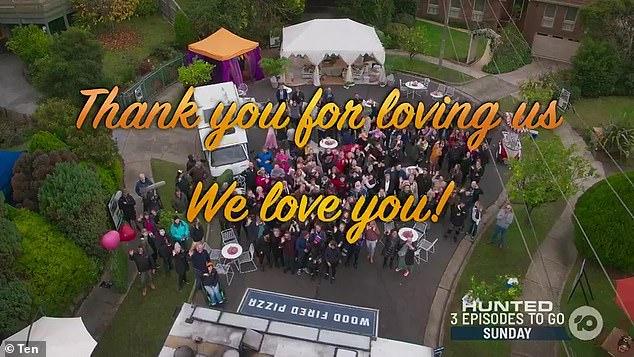 The show’s farewell message to viewers

For me, the best moment of all was when Mike was trying to woo Jane, while Jane’s estranged and alcoholic husband Clive was attempting to win her back.

Clive picked up a discarded bedside lamp thrown out as rubbish and asked Jane: ‘See this lamp, why is it chucked out? Like me, it’s a bit old and tired – but it can still be turned on.’ Aussie seduction at its best.

And as for the show’s biggest stars – Kylie Minogue and Jason Donovan – they returned for their inevitable three-minute cameos, bizarrely looking as youthful as ever. As Charlene and Scott, they were still just as crazy for each other as they were in 1987, when 20 million fans watched them get hitched. That Neighbour’s tradition of an over-the-top wedding continued as Toadie and Mel tied the knot. The producers had clearly decided to go out with a bang, designing the most garish ceremony, which included a multi-coloured love arch with streams of gay-friendly ribbons that reminded me of the strip screens we had on the doors back home to keep the flies out.

Plus: the most hideous outfits I’ve seen in my life. And having grown up in Australia and been to quite a few weddings – including my own – that was some achievement.

But the tears truly flowed when Toadie and Mel asked each guest to write down a word describing what marriage meant to them. ‘Loyalty, unity, devotion, romance, patience, respect,’ were some of the answers, but the most fitting was ‘memories’. And that’s what Neighbors did: It made memories for millions.

Why did so many of us come to love this show – and why do we now mourn its passing? Because it spoke to the quiet lives of countless people raised in the simple comforts of suburbia – with, for audiences on this rainy little island, a bit of Aussie sunshine thrown in.

For almost 40 years, through good times and bad, this great and shifting cast loved, laughed, lived and died together, and we followed their journeys – right up to last night’s oh-so happy ending. For sure, they were good Neighbors – but they became good friends to us all as well.