The company has been sparing no effort to create hype around the Camon 19 series’ debut. Its official social media account is teeming with Tecno Camon 19 series Philippine launch teasers. To recap, Tecno Mobile Philippines shared a teaser for Camon 19 Pro Piet Mondrian Special Edition on Facebook on Friday. The brand has roped in Malaysian internet celebrity Donnalyn Bartolome to promote the upcoming series.

The company has also teased the Camon 19 Pro standard. Likewise, it has hinted multiple times at the imminent launch of the Camon 19 series. Notably, the lineup includes Camon 19 Pro 5G, Camon 19 Pro, Camon 19, and Camon 19 Neo models. However, Revu spotted a listing comprising two Camon variants. One of the variants packs a 4G processor. Also, there’s a 5G-ready model in the office too. Further, the Mondrian Edition will reportedly be a part of the color variants available in Malaysia. 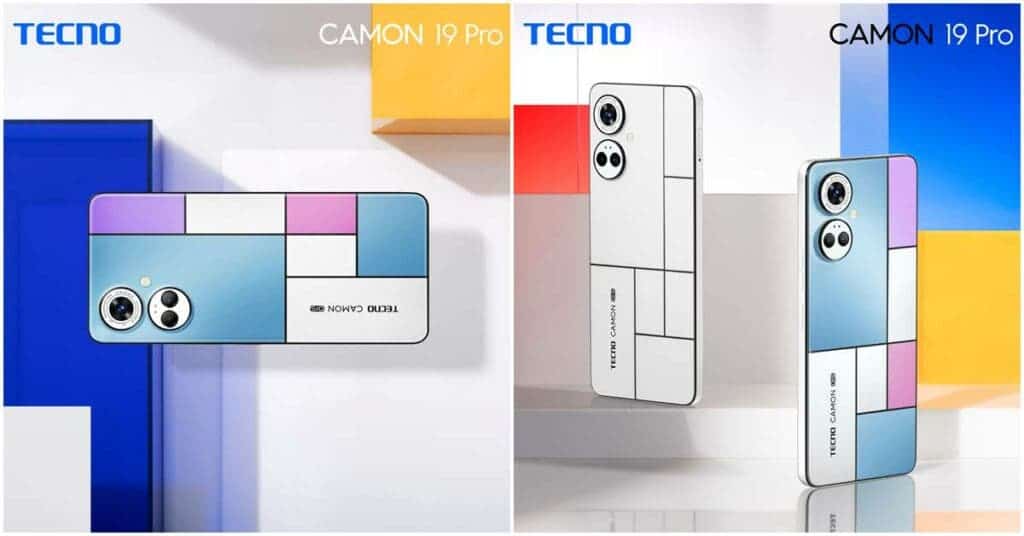 Moreover, the Polar Blue, Cedar Green, and Eco Black color variants will be up for grabs. The camera-centric series of smartphones went official in the US in June. However, the series has only one 5G-ready model that packs a 6nm MediaTek Dimensity 810 chipset. Furthermore, the device sports a 6.78-inch with a 120Hz refresh rate. It features a triple rear camera setup featuring a 64MP primary sensor.

The vanilla Camon 19 Pro version comes with an Helio G96 SoC. It features the same display as the 5G-ready model. However, the Camon 19 will come with a Helio G88 chip and a 6.67-inch display. The device uses a 5,000mAh battery to draw its juices. Likewise, the Camon 19 Neo has an Helio G85 processor. The phone features a 6.8-inch display and the same robust battery. Lastly, all Camon 19 series phones run Android 12 OS.