More and more Aussies are selling their cars to help ease the cost of living pressures, with prices for some second-hand models booming.

Since the start of the pandemic, used car prices have risen by a phenomenal 79 per cent, and if you have an Audi RS7, Mercedes G or Toyota Hilux, you could be sitting on a gold mine.

With Australia’s inflation now at 6.1 per cent – the highest in two decades – some people are finding the key to financial stability could be in their garage.

According to 2021 census data, 55.1 per cent of Australian households own two or more vehicles, and some of them are now ditching their second car, while others are going entirely car-free.

One of those who have made the decision to sell their sole vehicle is Milli Ogden, who as well as dealing with rising prices is also saving for her wedding. 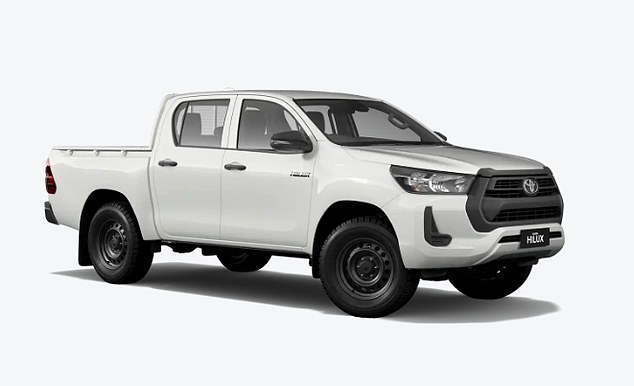 With inflation still rising, many are finding selling their second vehicle can unlock more financial freedom by cutting back on day-to-day running costs such as servicing, registration, insurance and fuel.

Car sales site Gumtree Cars has revealed the price Aussies can expect to get for their second-hand car, and how they can best capitalize on skyrocketing prices of used vehicles.

Gumtree found newer cars have seen the biggest increases, with 2021 models going up by 11 per cent overall versus 2020 cars, which increased by 7 per cent from June 21 to June 22. 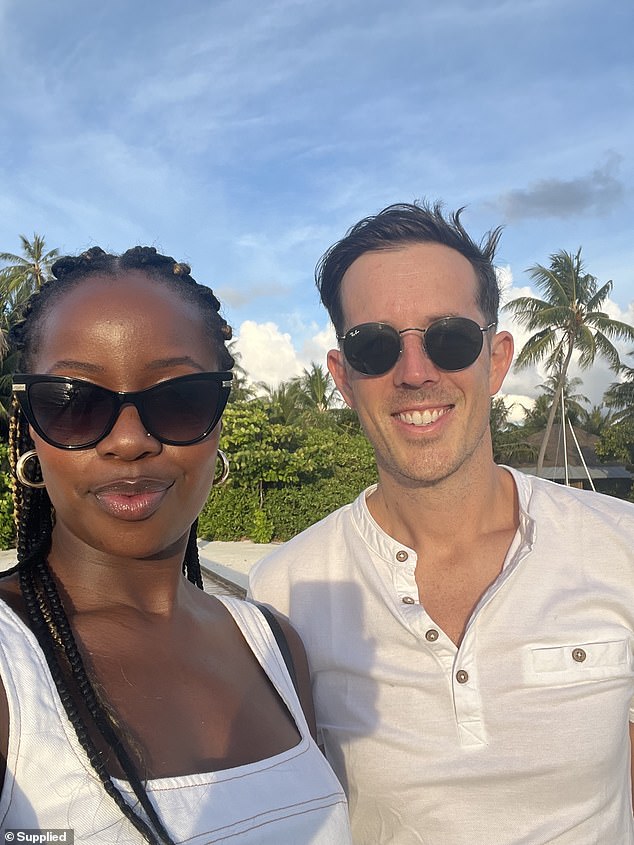 Milli Ogden (left, with her fiance) sold her car a year ago and is using the savings to pay for her upcoming wedding

This is the highest figure recorded since Australian Bureau of Statistics records on the issue began in 1994.

Many of them are now discovering that selling a car, which is often their most valuable asset, could be a huge step towards financial security in difficult times.

Milli Ogden, 34, moved to Surry Hills in inner city Sydney in 2020 and struggled with parking in the area.

She often ended up with parking fines as she didn’t have a permit and having to move her car every few hours became a huge hassle.

Having grown up in the country, she always had the mindset that she needed a car, so was reluctant to go without one for a long time.

But after going through the pandemic, she noticed her car would sit idly for days at a time and was getting sick of having to cover all the running costs such as green slips, pink slips, insurance and fuel when she wasn’t using it as much.

A year ago, she noticed the second-hand car market was very strong, so she decided to bite the bullet and list her car on Gumtree Cars and test out going car-free for six months.

Twelve months on, she’s very happy with that decision and hasn’t bought a new car.

Ms Ogden said she’s really noticed the difference in how much more she’s been able to save by not having a car, which has helped her go on a few holidays and save for her wedding.

When she needs a car for longer trips, or weekend getaways, she rents one.

While she initially feared she would feel a lack of freedom by not having a car, she said it didn’t work out that way and she is able to get around fine using public transport or ride share services.

What make and year of car did you sell?

Was it new or second hand when you bought it?

I bought my car brand new from my local dealership, and sold it as my partner and I moved closer into the city and weren’t really using it.

Without having a parking permit in the city and with no access to off-street parking, the cost and time incurred to regularly move it every two hours or pay a parking fee just didn’t add up. 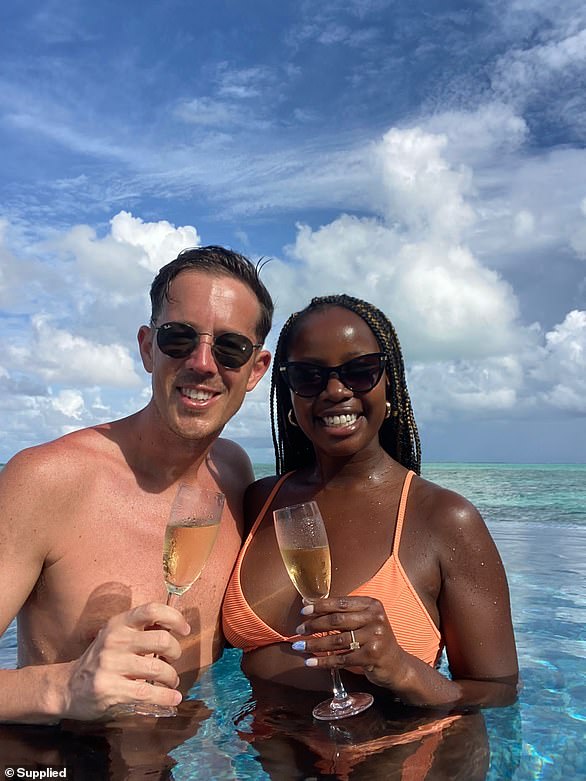 Has selling it helped with saving for your wedding?

The savings I’ve since made on rego, car maintenance and servicing has helped kickstart our wedding fund and allowed us to splurge on other things like an overseas holiday to the Maldives and buying our first dog.

Have you found rideshares convenient?

It sure has been – possibly too convenient. Living close to the city as well as beaches and surrounding city suburbs has meant that the money I would otherwise have spent on petrol and parking, I now factor into my budget to help cover transport costs.

Have you rented a car much since selling yours?

Ever since I could drive, I’ve had a car so selling my first and only vehicle was a big decision. Having the option to set-up a GoGet account has made the adjustment that much easier to catch up with family and friends, enjoy weekends away or even have the added flexibility of a car to run errands with.

Do you use buses and trains?

Fortunately, we live very close to a tram stop, so I can get into the city within 15 minutes. We’re also walking distance to a major train station and buses are also close by.

While it might not always be as convenient as grabbing your car keys and jumping in your own car, with a little bit of planning, I can still get around fairly easily and save money at the same time.

Have you had any regrets since selling your car?

I’ve been genuinely surprised at how long I’ve managed without a car and while at times I’ve missed having my own set of wheels, seeing the savings grow in my bank account has definitely helped keep me motivated and save for my wedding . 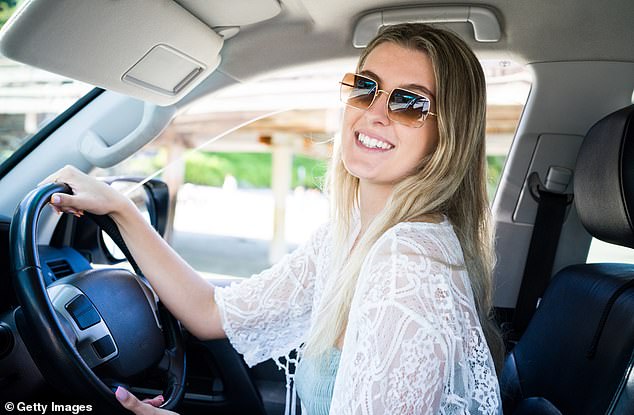 Used cars have exploded in value during the Covid-19 pandemic, rising by a phenomenal 79 per cent 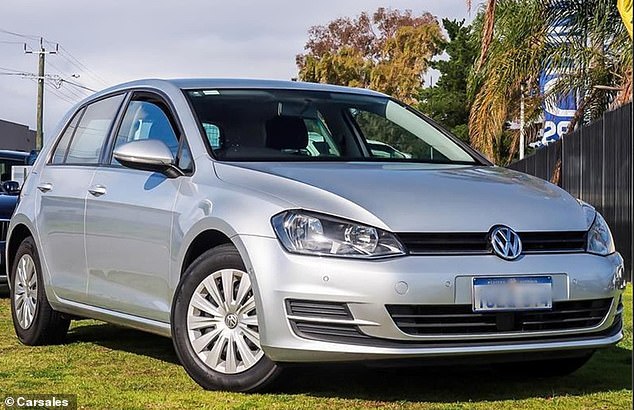 Car sales site Gumtree Cars has revealed the price that Aussies can expect to get for their second-hand car, and how they can best capitalize on skyrocketing prices of used vehicles 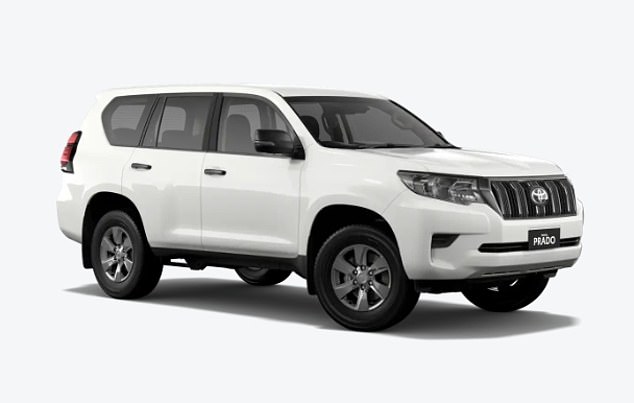 Most valuable make-models based on body types, from Australian sales January-June 2022