KUALA LUMPUR: Calling claims made by Julau MP Larry Sng on being the legitimate president of Parti Bangsa Malaysia (PBM) speculative, Haniza Mohamed Talha has asked him to attend the supreme council meeting next month.

The PBM deputy president urged Sng to attend the party’s special supreme council meeting which will be held on Nov 3, 2022.

“Referring to the speculation expressed by Sng on Facebook, questioning the status of the PBM president, I urge him to attend the special meeting.

“This is important to answer questions raised regarding Datuk Zuraida Kamaruddin’s position as the legitimate president of PBM which was announced at the party’s annual general conference on Oct 7 this year.

“It was further confirmed in the minutes of the sixth supreme council meeting as well,” she said in a statement Thursday (Oct 27).

Haniza said the call to hold this meeting in November was enshrined in Clause 21(1) of the PBM constitution.

“The clause allows a meeting to be held to resolve issues like this one if the party’s supreme council (upon a written request by at least one-third of the council members) agrees to hold it,” she said.

Sng has said that according to the Registrar of Societies (ROS), he is still the legitimate president of PBM.

In a Facebook post Thursday, he said according to ROS records, he was still the legitimately recognised president of the party.

“This is in relation to the PBM supreme council meeting held on Oct 7, which was not conducted by me as party president.

“The meeting was held at the same time as the Budget Speech by the Finance Minister and I was only informed of the outcome after it was held,” he said.

Sng said the meeting was said to have appointed Zuraida as PBM president when, in fact, the position had never been vacant. 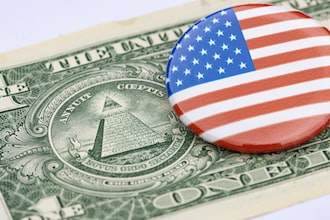