Malaysia’s general elections: Vote for the candidate, not the party

In November 2022, there are just over a million new voters in Malaysia between 18 and 21 years old. On top of that, five million more voters between 21 and 29 years old have been automatically registered and added to the electoral roll.

In the runup to Malaysia’s 15th General Election on Nov 19, 2022, some of these millions of voters might ask questions like, “Who are the candidates for PM, and how do I vote for them?”

At the risk of being condescending, I am going to offer a quick primer on how democracy in Malaysia works. Although some might snidely say, “in a fashion”, the more correct way of describing it is that Malaysia practises something called a Westminster system of Parliament. We don’t vote for the prime minister directly but instead vote for a Member of Parliament (MP) for our constituency (usually where we live).

While it’s not strictly correct that the MPs choose the prime minister, what is true is that the prime minister needs to show he has the support of a majority of the MPs in the Dewan Rakyat. If this is not true, then what happens next? See: Malaysian Parliament in late February 2020.

So, although you don’t vote for the PM directly, you vote for the candidate from the party that supports the PM you want. It’s like deciding which of your parents decides what university course you should be doing. But it’s not incredibly clear right now who each party will support as PM, given the history that people and parties sometimes change their minds (refer to: Malaysian Parliament in late February 2020).

One argument is that you should vote for the party most aligned with your personal wants and needs.

Artist Fahmi Reza has been running a series of short talks on democracy. One that has been widely circulated is a video showing where Malaysian political parties lie on the political spectrum. He divides his chart into “progressive-conservative politics” and “authoritarian-liberatarian leadership” and places the parties into their appropriate quadrants as he sees it.

The idea is that you then find out where you fit on that chart (perhaps using one of those “political spectrum” quizzes), and then pick the party that is closest to your position. So according to the chart, if you’re “conservative authoritative”, you would pick Umno, PAS or Pejuang. If you’re a “progressive libertarian”, you would look at PKR, DAP or Muda. (PSM has its own separate quadrant.)

How do Malaysians decide who to vote for? A poll published by the Ilham Centre think tank last month showed that when it comes to factors affecting their decision, voters are roughly evenly split among “party” (32%), “candidate” (38%) and “issues” (30%).

However, what stood out to me from that survey was that the likelihood of being influenced by “party” rose along with age, with 48% of over 60s saying this would be the main factor, while only 21% said that “candidate” would be the reason. In contrast, for the under 29s, the influence of the candidate overshadowed that of the party (roughly 40% versus 20%).

For me, I’m going with the kids. Pick the person, not the party.

For a start, parties have historically chosen some pretty poor individuals to stand as MPs. Sometimes they even choose members who quite easily jump ship (or backstab, if you prefer) which makes a mockery of the “I voted for you because of the party” mantra.

This is one reason why the anti-party hopping laws were put into place. That’s even the reason one party leader has (allegedly) made his candidates sign statutory declarations (SDs) effectively naming who they will support as PM if the party wins.

Anyway, Malaysian politics and politicians are flexible enough that I am sure there will be opportunities in the next four years for these laws and SDs to be tested in various ways.

The second issue I have with allowing parties to influences my vote is that parties can change their position over time. For example, Fahmi places Umno in the right-wing quadrant of his chart because they are conservative and prefer not to have change. However, the Umno of the 1940s and 1950s was very much about overturning the establishment. They were about fighting for what was right and, ultimately, about nation- building.

In an interview, Tunku Khadijah, Tunku Abdul Rahman’s daughter, said “When [Tunku] wanted to join Umno, he told us, my stepmother and me, ‘I won’t be getting any money, I will be very poor’, so we said, ‘Then why you want to go and join Umno? He replied, ‘I do it for the people, for the country’.”

Every time that line is aired in front of an audience, it always gets a laugh. I know not everyone agrees with me, but I feel that the country’s first prime minister was a truly remarkable individual. If Tunku Abdul Rahman were standing for election now, I would vote for him regardless of the party he represents. Because I know at the end of the day I’m getting a good man who will do his best, regardless of his party’s policies.

I had hoped that because the kerfuffle of February 2020 coincided with the outbreak of Covid-19 that we would take the opportunity to build a government that cut across party lines, made up of the best individuals to fight the crisis together.

I feel somewhat confident that a Cabinet picked by your average Malaysian at the time would have comprised the best MPs from both the Opposition, led by Pakatan Harapan, and the government, Barisan Nasional, based on their performances since GE14 in 2018. What we got instead were appointees seemingly put in place more to consolidate power than to save the country.

So for the young, new voters out there, I implore you: Look at the candidates you can vote for, decide which of them is worth the country’s time, and if all are equally good (or perhaps bad), only then look at the party.

In his fortnightly column, Contradictheory, mathematician-turned-scriptwriter Dzof Azmi explores the theory that logic is the antithesis of emotion but people need both to make sense of life’s vagaries and contradictions. Write to Dzof at [email protected] The views expressed here are entirely the writer’s own. 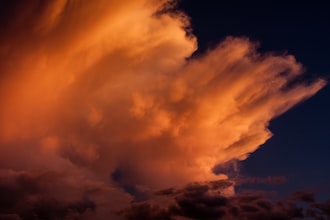