Liverpool reportedly want two Benfica midfielders and both put on a show as their side beat Juventus 4-3 tonight. The Reds should try and pick up both.

Juventus travelled to take on Benfica tonight knowing they needed a win. What they were met with, however, was a rampant side that tore them to shreds.

Benfica were absolutely sensational tonight, attacking with complete fluidity and style. Juventus had no idea how to handle them – and just outright couldn’t at times. This could have been six or seven.

While attacking verve grabs the headlines, Benfica’s midfield created the base for this display. Florentino Luis and Enzo Fernández were brilliant here.

Given Liverpool reportedly want both players, they may well fancy signing both after this.

Record in Portugal reports that Liverpool like Florentino Luis. The 23-year-old has burst onto the scene this season, proving himself to be a very reliable midfielder.

And he showed that again here. Florentino finished with a match-high 95 per cent pass completion – 37 of 39 – while winning a tackle and two interceptions. He gave the control through the middle that Benfica needed.

The control, we should add, that Liverpool also need.

Enzo Fernández was even better. He completed 88 per cent of his passes but took more risks. His assist for Benfica’s opener was fantastic, while he created another chance, too. The Argentine was more aggressive than his partner, too, with three tackles and three shots to go with his passing.

Understandably, Liverpool also want Fernández. There’s a queue for the player, though, as he’s one of the most impressive young midfielders in Europe right now.

But it was impossible to watch this and not see the pair as perfect for Liverpool. They’re controlled, aggressive, good individually and as a partnership. It was exactly the kind of midfield display Jurgen Klopp wants from his players.

Have something to tell us about this article?

‘Him at his best’: Klopp must change Liverpool’s formation again for £100m player if Carragher is correct 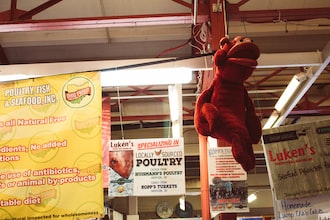 U Mobile users can enjoy 5G services from 3rd November, here are the supported plans