Is THIS the moment Cristiano Ronaldo refused to come on for Manchester United?

Is THIS the moment Cristiano Ronaldo refused to come on for Manchester United? Fans are convinced new footage shows striker wagging his finger during conversation with Erik ten Hag before sulking down the tunnel during win over Tottenham

By Ryan Walker For Mailonline

Eagle-eyed Manchester United supporters are convinced they have spotted the moment superstar striker Cristiano Ronaldo refused to come off the bench against Tottenham Hotspur.

The 37-year-old Portuguese forward was dropped from first-team duties for United’s trip to Chelsea on Saturday as punishment for snubbing boss Erik ten Hag’s request to come on as a substitute late on in the 2-0 win over Spurs.

Ronaldo stormed off down the Old Trafford tunnel before full-time, with Ten Hag taking swift action for his latest show of petulance that threatened to undermine the Dutchman’s status of control. 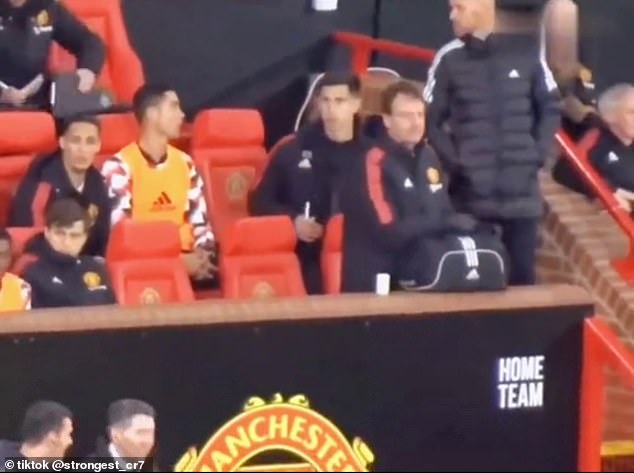 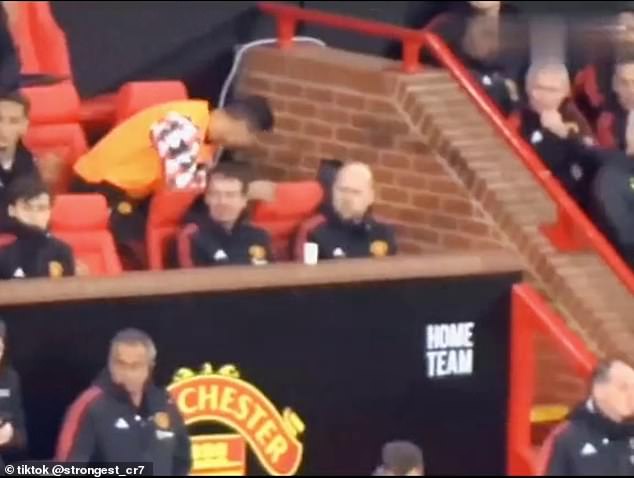 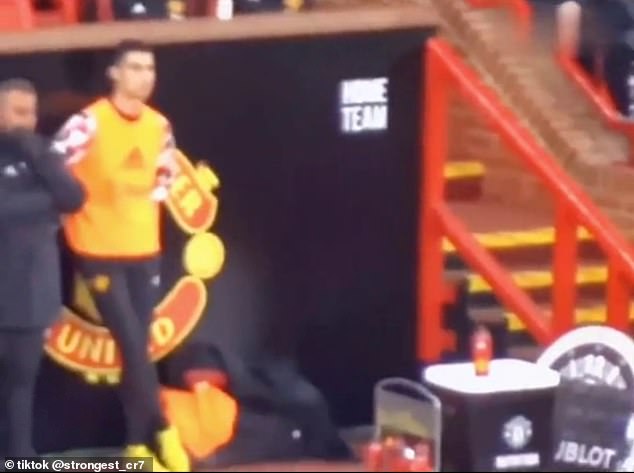 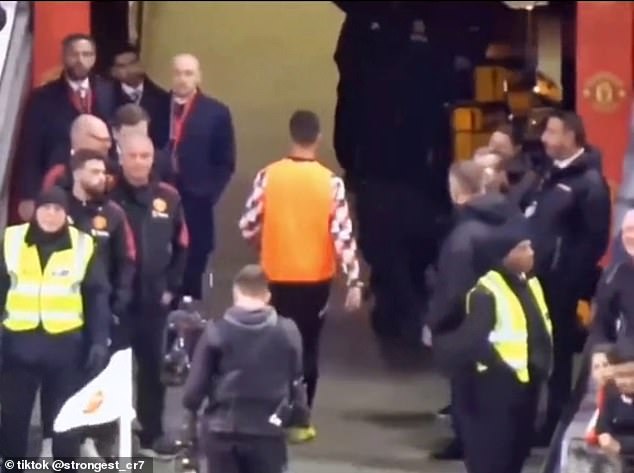 Now a video taken inside the stadium appears to have unearthed Ronaldo telling his boss that he wouldn’t be taking to the hallowed turf at the Theatre of Dreams.

The footage shows Ten Hag approaching a seated Ronaldo in the United dugout where, following a quick exchange, the Portuguese attacker waves his finger towards the 52-year-old, suggesting he wasn’t in agreement with what had been said.

The United manager then heads back to the touchline with his number seven then standing up and momentarily pausing in front of the bench to take in his surroundings.

He then claps hands with hooked teammates Jadon Sancho and former Real Madrid colleague Casemiro, before walking out of Old Trafford.

Viewers appeared to be split in their opinions as some commenters suggested Ten Hag was right to inflict such a serious punishment, while others echoed similar sentiments to ex-United captain Roy Keane, who believes Ronaldo has been disrespected.

One said: ‘It’s selfish of united to use him just to sell merchandise. he returned to the club he loved and wants to play football. GOAT.’

But another fan disagreed. ‘Manchester United dealt with him right! this should teach him a lesson.’ 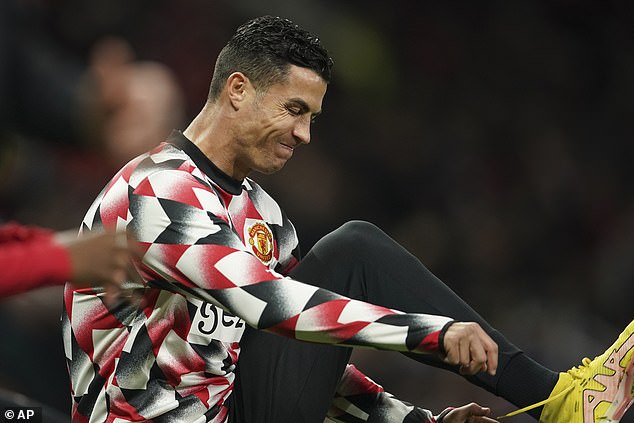 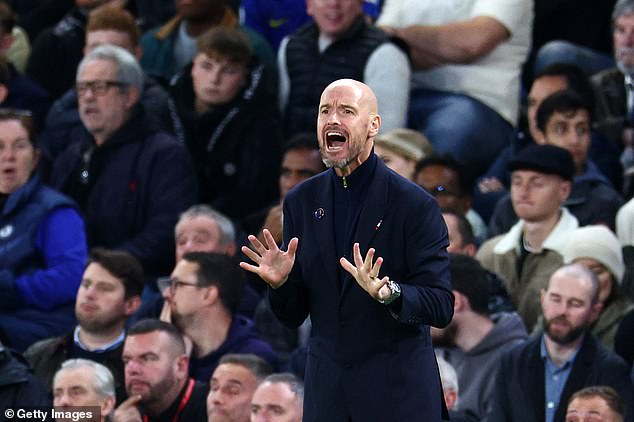 Ronaldo’s stunning departure made the headlines in the immediate aftermath of United’s dominant victory and overshadowed an impressive performance that saw Ten Hag brush past Antonio Conte’s side.

Ten Hag dealt with the high-profile fallout by banishing the five-time Ballon d’Or winner to train on his own and removing him from his matchday squad against Chelsea.

The Portuguese rejoined the first team for training at the club’s Carrington complex on Tuesday, where he was reintegrated back into the side after showdown talks with the United manager.

He could return to the first XI in Thursday’s Europa League clash against Sheriff Tiraspol.

Ronaldo’s future in Manchester remains the subject of intense speculation with Ten Hag and United willing to allow the veteran star a January move away from the club with just six months left on his two-year deal.

But, as was the case in the summer, his list of potential suitors is not long owing to his huge wage demands. 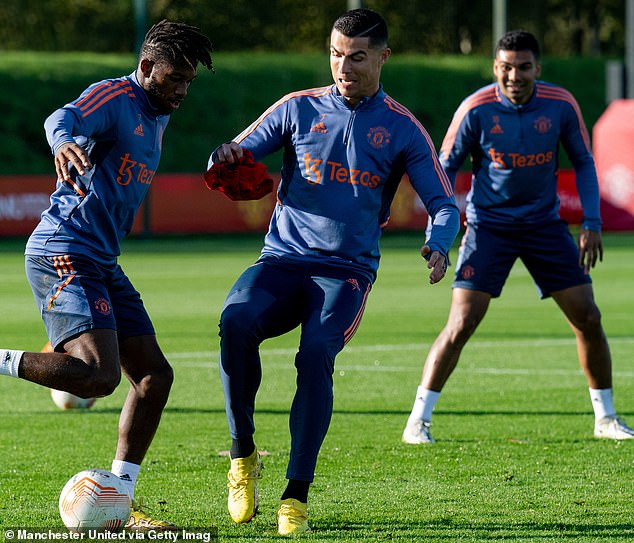 Teen scammed into filming herself with mouth taped, transferring S$170,000 to fraudsters