This is the RIGHT way to chop an onion: Why this simple yet ‘life-saving’ trick for dicing the veggie super fine has taken the internet by storm

A foodie has shared her simple, fuss-free hack for dicing an onion in under 30 seconds.

Cookbook author and nutritionist Melanie Lionello demonstrated the ‘literally life-changing’ trick she said will ‘save so many tears’ in a now-viral clips.

The Melbourne cook, who heads From My Little Kitchenchopped the stem off a whole onion and placed it on a chopping board with the root facing upwards.

Scroll down for video

After taking the onion skin off, she makes multiple slices the whole way around the onion from the root to the stem with each cut meeting in the center.

Melanie then turns the onion on its side and makes a series of thin vertical cuts starting at the stem and making her way up to the root.

She was left with finely diced pieces of onion perfect for cooking and dry eyes.

‘I was today years-old when I learned that I could dice an onion like this. Please tell me that I’m not the only one,’ she said in an Instagram video. 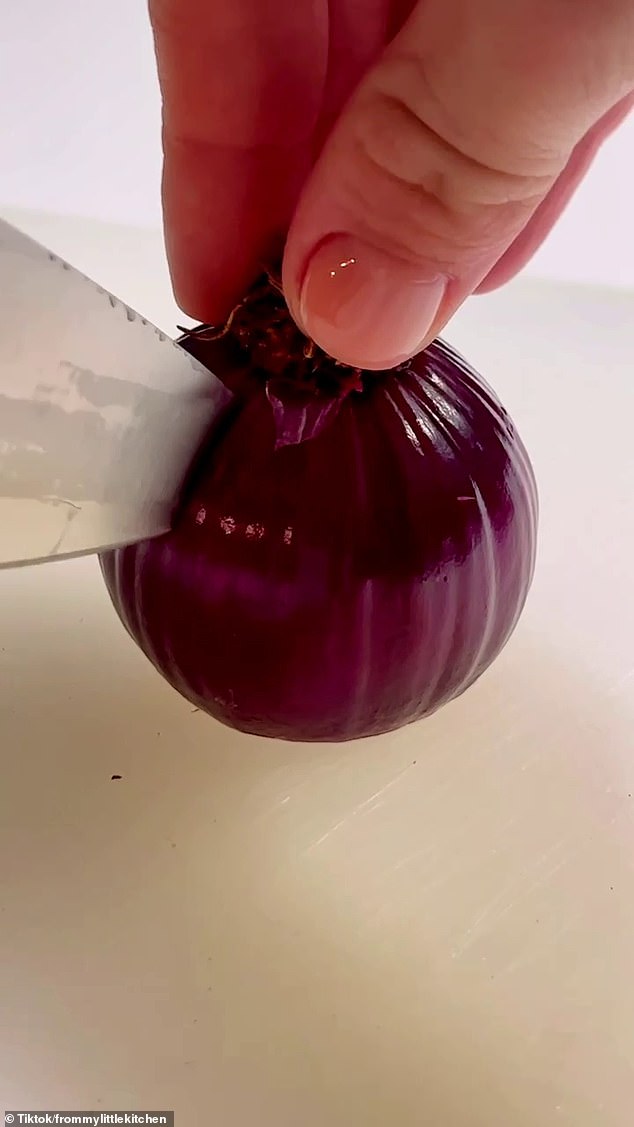 The cookbook author chopped the stem off a whole onion, placed it on a chopping board with the root facing upwards and made multiple slices the whole way around the vegetable 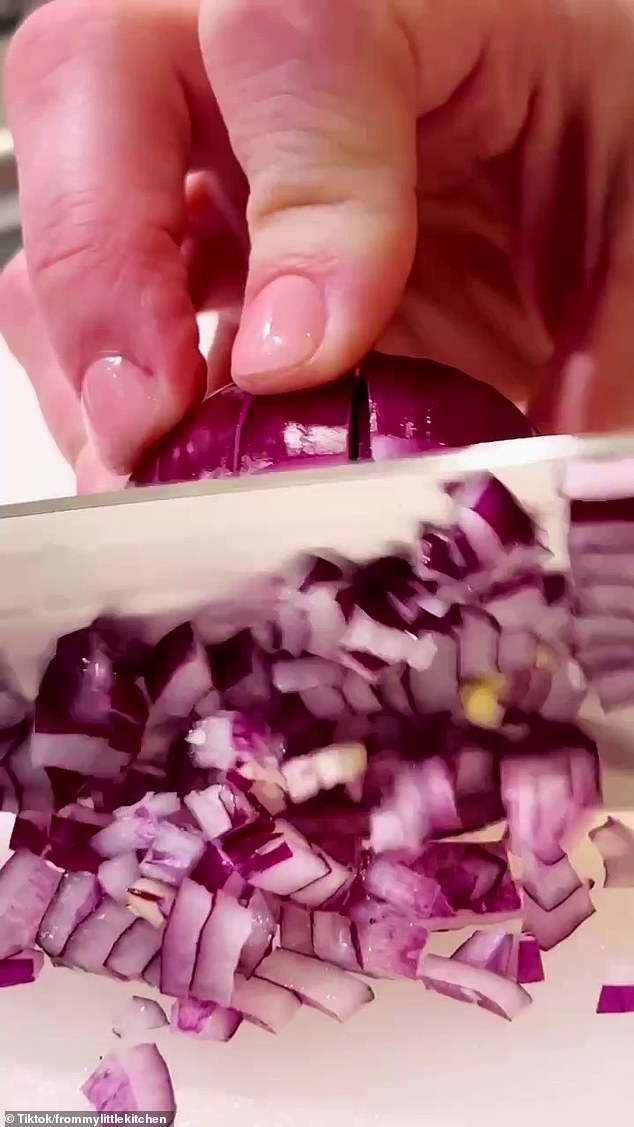 The video has racked up more than 11.4 million views on the platform as well as hundreds of thankful comments.

‘THIS IS A GAME CHANGER,’ one viewer exclaimed.

‘Wow I’m trying this, never cut an onion like this but it looks so easy!’ wrote another.

‘Cut it in half first so you have it firmly on a flat surface will make it safer to do, you may cut yourself doing it whole,’ a fourth recommended.

Why do onions make you cry?

Onions contain a chemical compound and an enzyme that mix to release an irritating gas when the onion is cut.

This helps keep the bulb from getting eaten by animals as it grows in the ground.

Onions make your eyes burn for the same reason they make you cry: thanks to the combination of that chemical compound and the enzyme that synthesizes when an onion is cut.

This creates syn-propanethial-S-oxide, a volatile gas that makes your eyes burn and fill with tears.

Here’s how the process works: