GE15: Peja may give up Chenderiang state seat to focus on Tambun

IPOH: Datuk Seri Ahmad Faizal Azumu may not be defending his Chenderiang state seat in the 15th General Election (GE15).

The Bersatu deputy president said he would prefer to focus on defending his Tambun parliamentary seat if given the choice.

ALSO READ: GE15: As a Tambun local, I am in a better position to serve the people, says Peja

“It has not been decided yet. But personally, I wish to give my attention to Tambun, but not because Datuk Seri Anwar Ibrahim is contesting there,” he told reporters after attending a Deepavali celebration in Little India here on Saturday (Oct 22).

“I feel that it is better to give opportunities to other leaders.

“I have experience in being a state assemblyman and was once the Perak mentri besar, and I don’t want (us) to be like other parties that want to fight over the post,” he said.

“I just want to render my services to the people. That’s what I will try to do,” he added.

Anwar, who is Pakatan Harapan chairman and PKR president, had announced on Thursday (Oct 20) that he would contest in Tambun.

On Anwar’s promise to deduct or cut ministers’ salaries and allowances and set up a smaller Cabinet if Pakatan regains control of Putrajaya, Ahmad Faizal believed it was just lip service.

“I think it’s not just the monsoon season now but also a season where Anwar simply makes promises.

“After the elections, it will be the season where he fails to keep his promises,” he said.

“The people should remember that anyone who can simply make promises, can also easily break them,” he added.

After allying itself with Pakatan, Hajiji says GRS future with Perikatan uncertain 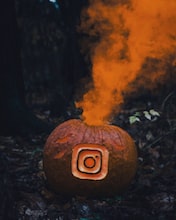