SIBU: Parti Bangsa Malaysia (PBM) will use its own logo in the upcoming 15th General Election (GE15) after Barisan Nasional (BN) failed to give a final say on the party’s application to join the coalition.

“We will revisit our application to join BN after the election,” said PBM founder member Datuk Larry Sng Wei Shien (pic) in a Facebook post on Wednesday (Oct 26).

He said PBM may not only contest in the seats held by its members and not all incumbents would stand as a candidate in the election.

In another posting, Sng said he would be defending the Julau parliamentary seat on a PBM ticket and insisted that he is still the party’s president.

“As president of the party, I have never resigned from my position nor relinquished my party membership. This party has its roots originated from Sabah and Sarawak. It is important that our voices and representation are not ignored or marginalised,” he said.

Sng will also be announcing matters related to the status of PBM and the party’s other candidates in a few days’ time.

“All the announcements made earlier by the leaders of the party were just speculation,” he said adding that he would make an official announcement and only he alone would be signing the PBM ‘watikah’ (letter of appointment for candidates) for GE15.

In the 2018 general election (GE14), Sng won the Julau parliamentary seat as an Independent candidate and later joined PKR after the election. In February last year, he left PKR and on Jan 8 was elected PBM president.

He said Zuraida’s appointment was made at the party’s Supreme Council meeting after the meeting adopted the seven motions, including on Zuraida taking over the president’s post, that were passed at the party’s 2022 annual general meeting in Shah Alam last Oct 1. – Bernama 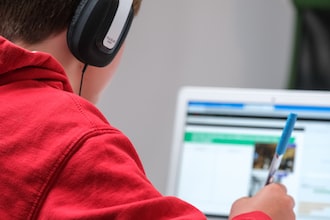 In Bukit Bendera, DAP hopeful Syerleena says still asked ‘Are you a Malay?’