Saw, 33, turned up with an entourage of supporters to the nomination centre with cheers from her fellow party members as she walked in to register as a candidate.

Incumbent and former deputy agriculture and agro-based industry minister Sim, 46, who has served two terms as the Bayan Baru MP is being challenged by first-timer Saw from MCA.

Saw may be a novice but her humble and down-to-earth nature gives her a fighting chance.

The other new face is independent candidate Kan Chee Yuen, 49.

The seat has been a stronghold for PKR having been in power in Bayan Baru for three terms since 2008.

While inside the nomination centre, SMK Sungai Ara in Bayan Baru, Penang, Saw, Ooi and Ong sat together, seemingly enjoying each others’ company as they waited for their names to be announced.

Saw said she was happy and excited to be representing Barisan Nasional. 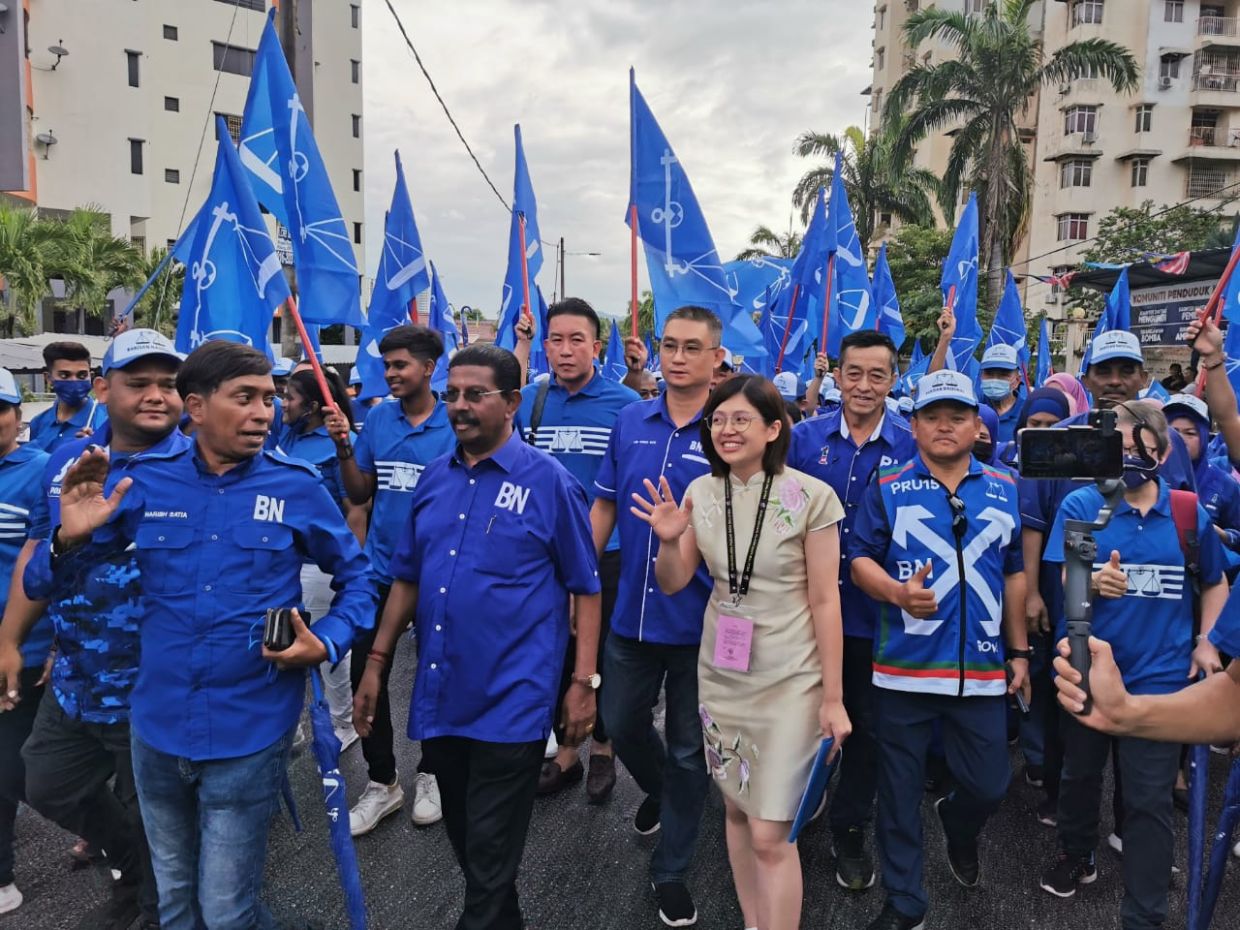 “I am the only female candidate here and I am the youngest as well.

“This is a great opportunity for me to showcase what we stand for that being empowering the youth and women as well,” she said.

Sim said he was happy to see that it was a six-way fight this time around as it showed that “we are a democratic nation”.

“I am cautiously optimistic of my chances as I have been here for the past 10years and the people know me here,” he said.

“It was time for a new person to take over Bayan Baru and address the serious issues there.

“There is bad flooding that has not been fixed.

“It is time for someone new to take over and I believe I can do it.

“I have been here over the past two terms and even during the Covid-19 pandemic, I went to the ground to help,” he said.

Ravinder Singh, who is the oldest candidate here, said he never had political aspirations until recently as he realised the political turmoil in the country.

“I was a teacher and then a lecturer and after I retired I studied law.

“I then worked for Consumers Association of Penang (CAP) as their complaints department head.

“I believe my age and experience can contribute to what Bayan Baru needs,” he said.

Ooi said after a four-year political hiatus he was glad to be back representing Warisan this time around.

“I have been on the ground for the past 10 months and understand the peoples’ needs,” he said.

There are 13 parliamentary seats up for grabs in Penang – six on the island and seven on the mainland.

The dynamic community of Malaysia’s Telugus