‘I don’t think any Manchester United fan could have ever predicted that’: Fans are left baffled after Erik ten Hag brings on Harry Maguire as a STRIKER as they chased second goal in latter stages against Real Sociedad

By Abdi Rashid For Mailonline

Manchester United fans have taken to social media to display their confusion after Harry Maguire was partnered alongside Cristiano Ronaldo in the latter stages of the win over Real Sociedad.

Alejandro Garnacho scored the only goal of the game after 17 minutes to ensure Erik ten Hag‘s side rounded off the group stage of the Europa League with victory.

But the Red Devils had to settle for a second-placed finish, behind Real Sociedad, who topped Group E on goal difference. 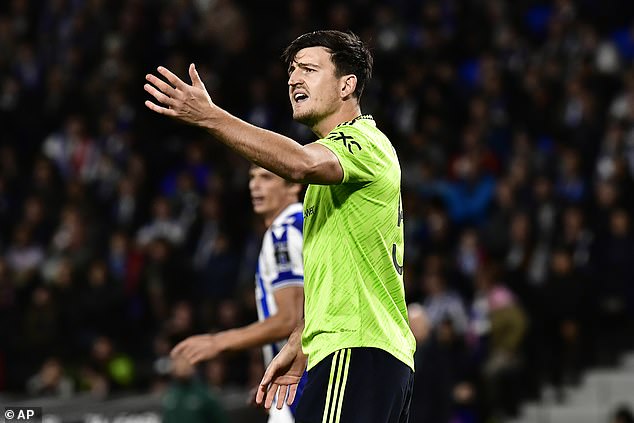 In an attempt to score a second goal and top the group, Maguire was thrown upfront alongside Ronaldo with seven minutes remaining on the clock.

Robbie Savage, who was on commentary duty for BT Sport said: ‘I never thought I’d ever see Harry Maguire and Cristiano Ronaldo playing up front together for Manchester United.’ 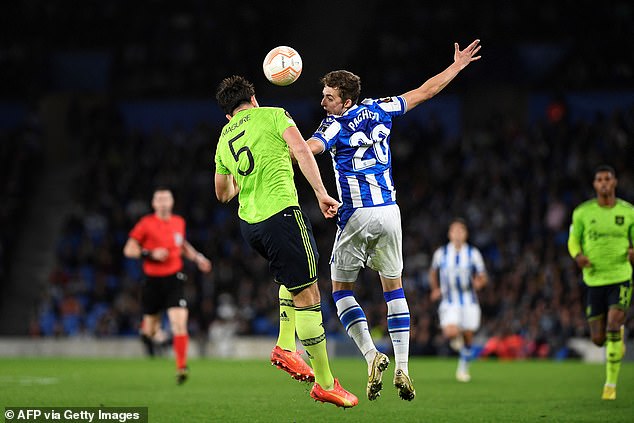 Fans have taken to social media to react, with the majority left confused by Ten Hag’s decision.

One United fan tweeted: ‘I don’t think any Manchester United fan could of ever predicted that Maguire and Ronaldo would be playing TOGETHER UPFRONT’.

‘Ronaldo has gone from playing with Rooney and Benzema upfront to playing with Maguire upfront’, said another fan.

A third supporter wrote: ‘Handing in my resignation if Maguire at striker scores before Ronaldo’.

As a result of not topping their group, Manchester United will be involved in a play-off game against a team that has dropped down from the Champions League.

The draw for the play-off round will be made at 12pm on Monday, November 7 at UEFA’s headquarters in Nyon, Switzerland.

Liow: Karak fire victims to get new houses next October