Edwina Bartholomew says her daughter Molly turned into a ‘monster’ after she welcomed her second child Tom: ‘I frankly struggled to cope’

Edwina Bartholomew has spoken about the trials and tribulations of her growing family.

The newsreader, 39, has ‘happily’ returned to the Sunrise desk after welcoming her second child – son Tom – in March, but is still trying to navigate raising two kids under the age of three.

‘I’m repeatedly told that moving from one to two kids is the most challenging step,’ she said in her latest column for the Daily Telegraph.

Edwina said she thought she had ‘child one down pat’ as her daughter Molly, two, was ‘finally sleeping through the night’.

But following the arrival of Tom, the Sunrise newsreader said her daughter is battling the terrible twos.

‘Our gentle, girl morphed into a monster within a few weeks and I frankly struggled to cope,’ she said.

‘There was food on the walls, full-blown tantrums on the floor, screaming and that was just me.’

Despite it being the ‘most challenging period’ of her life, Edwina said it has also been ‘the most beautiful’. 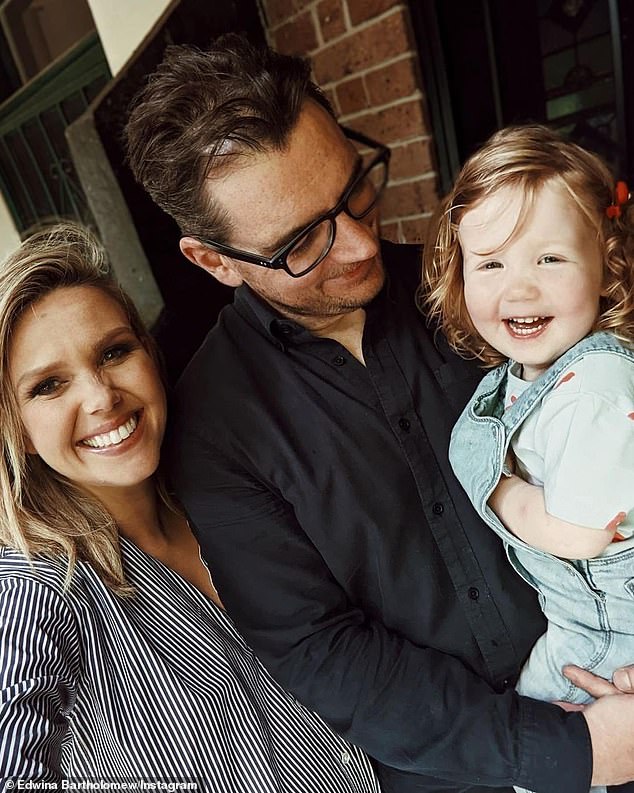 Following the arrival of Tom, who was born March 1, the Sunrise newsreader said her daughter Molly (pictured here) is battling the terrible twos 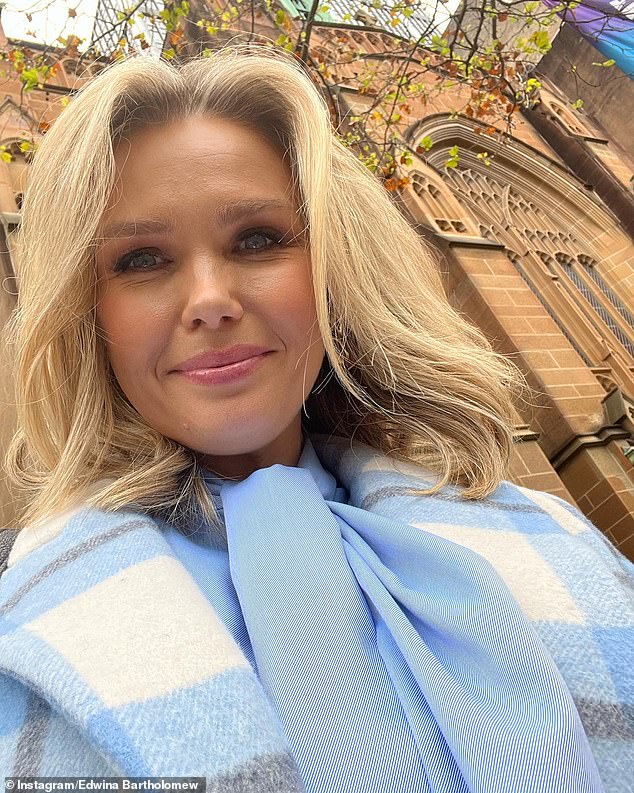 The newsreader, 39, has ‘happily’ returned to the Sunrise desk after welcoming her second child – son Tom – in March, but is still trying to navigate raising two kids under the age of three

‘Watching my daughter blow raspberries on my son’s little tummy makes my heart explode every time,’ she added.

‘Although her cuddles border on suffocation, his little face lights up when he’s on the receiving end of one of her aggressive squeezes.’

On Monday, Edwina, who was previously a roving weather presenter before being promoted to the news desk, said it was ‘lovely’ to be back in the studio. 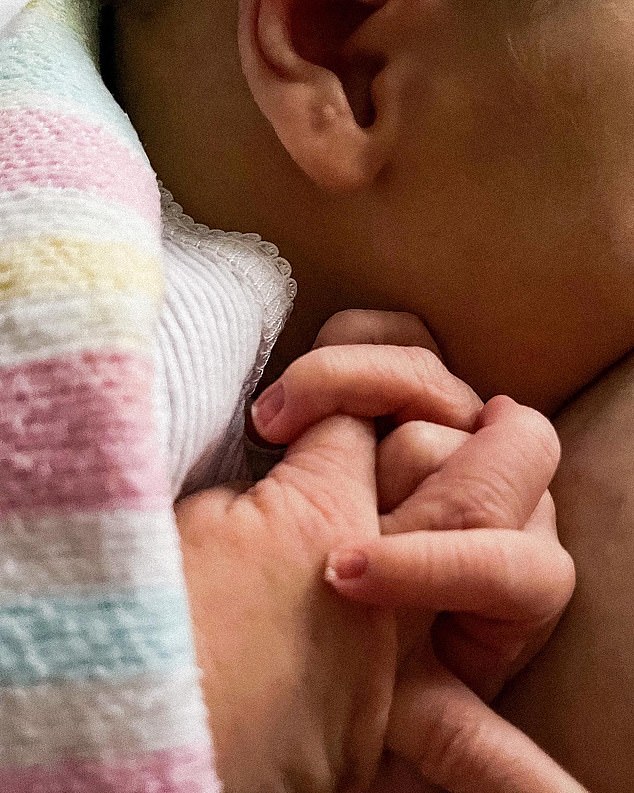 She was joined by co-anchors Natalie Barr and David Koch, while sports reporter Mark Beretta provided updates on the Aussie swimmers at the 2022 Commonwealth Games live from Birmingham, England.

‘It’s been such a lovely five months,’ Edwina said.

‘We’ve had such a lovely time as a family unit, so it was a bit sad to leave them at home, but also lovely to come back to work.’ 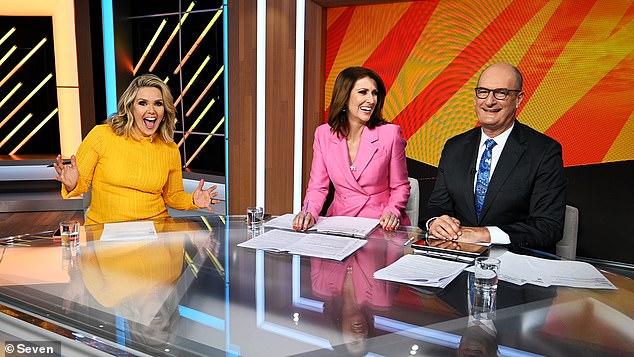 Natalie added: ‘Eddie has come back to work for a rest, like most new mums! It can be much more restful at work than at home.’

Edwina and Neil announced the birth of their son in early March.

‘Some small news from our family. Thomas Donald Elliott Varcoe born on the 1st of March, 2022,’ she wrote on Instagram alongside a gallery of photos of the newborn.

‘At such a difficult time for so many, many people, we hope Tom’s little face puts a smile on yours.’