By Jacqueline Lindenberg For Dailymail.Com

Bella Hadid opted for preppy chic as she stepped out to grab a drink while enjoying a day out in New York City.

The 25-year-old supermodel sported a sleeveless sweater and shades as she strolled about the big apple, with her pal and comedian, Ramy Youssef, joining her.

The beauty has been checking off a busy schedule, and recently starred in a new Victoria’s Secret campaign and also launched her own NFTs.

Stunning: Bella Hadid, 25, sported a sleeveless sweater and jeans as she walked about New York City

The Vogue model donned a casual yet stylish outfit for her summer outing. She wore a sleeveless mustard-colored sweater that was zipped up to her neck.

She slipped into a pair of low-waist jeans that showed a glimpse of her toned abs and added black high-heeled boots to pull the look together.

Bella threw on a pair of thin, black sunglasses in case the sun peaked through the overcast sky. 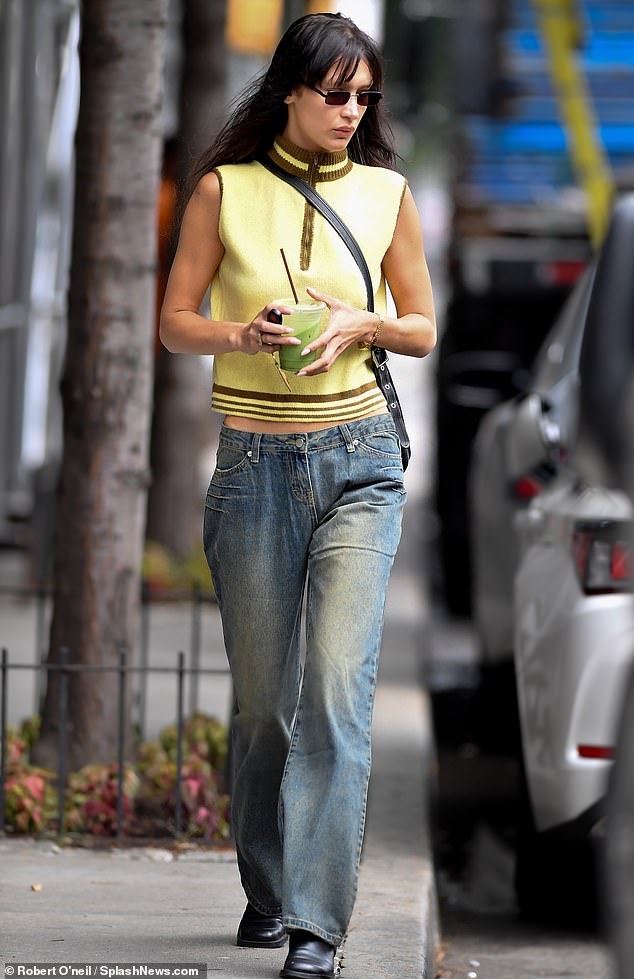 Staying refreshed: The model carried an iced green drink in hand to keep herself hydrated throughout some of the day 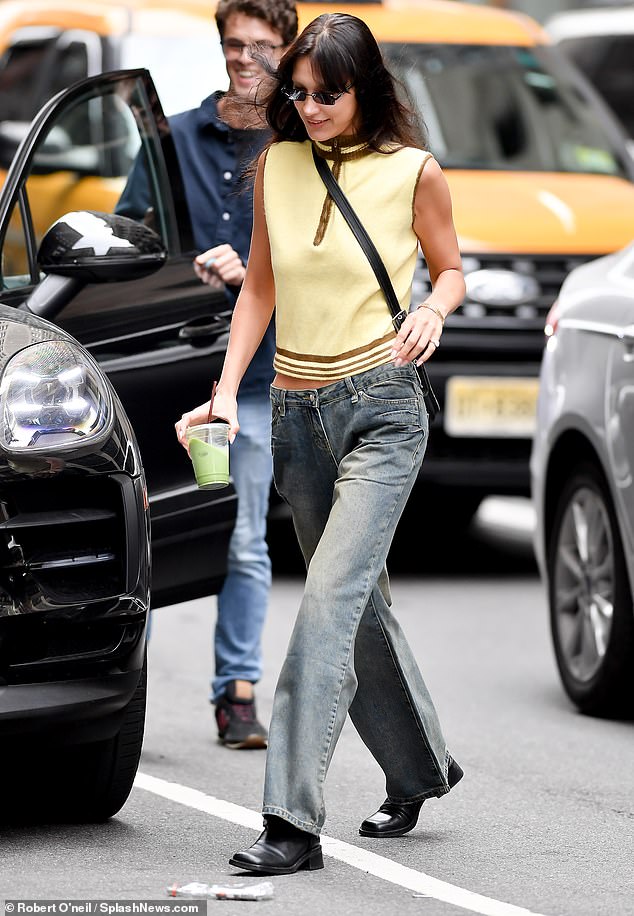 Summer outing: The beauty was all smiles as she strolled through the bustling streets of Manhattan 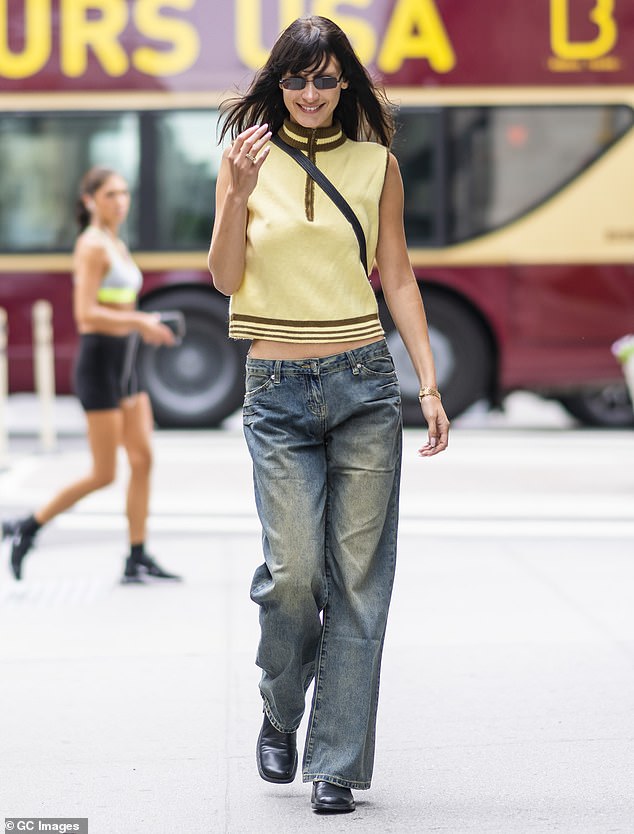 So stylish: Bella is often known for her fashionable streetwear looks when she is out and about in the city

The fashion influencer wore a cross-shoulder black bag instead of carrying a large purse in her hand.

Her brunette hair was parted in the middle and fell down naturally past her shoulders. Her bangs were slightly curled and styled on her forehead.

In her hand, she carried a delicious green-colored iced drink to keep herself hydrated during the daytime outing. 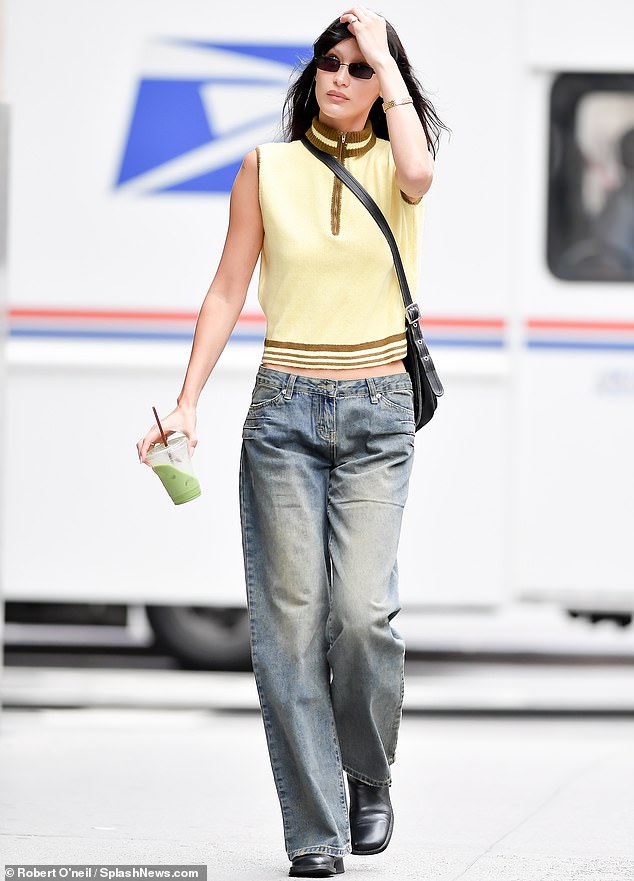 Happy: Bella looked relaxed as she walked around the city, taking a small break between her busy schedule 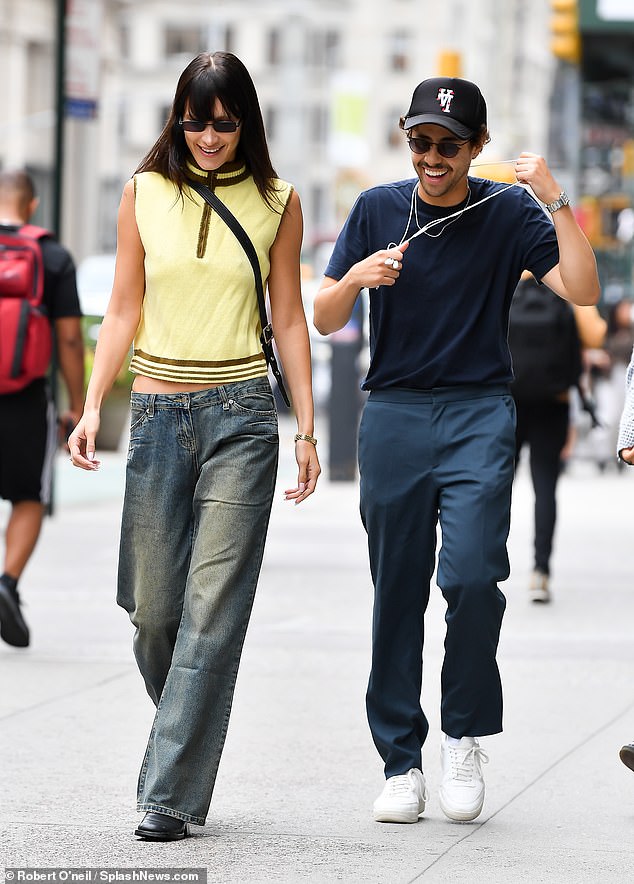 Friends: Bella and comedian, Ramy Youssef, were spotted together sharing a laugh during the afternoon

The pair were seen sharing smiles and laughs as they held light-hearted conversations.

The actor also kept his look casual, wearing a dark navy, short-sleeved T-shirt and blue pants. He slipped into a pair of white sneakers and added a black cap to cover his hair. 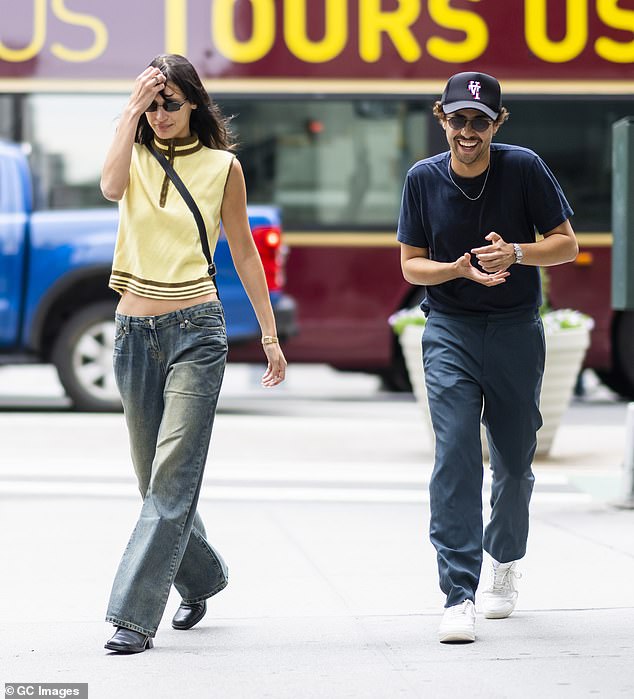 Having fun: The two friends appeared to be having a blast as they hung out together in Manhattan 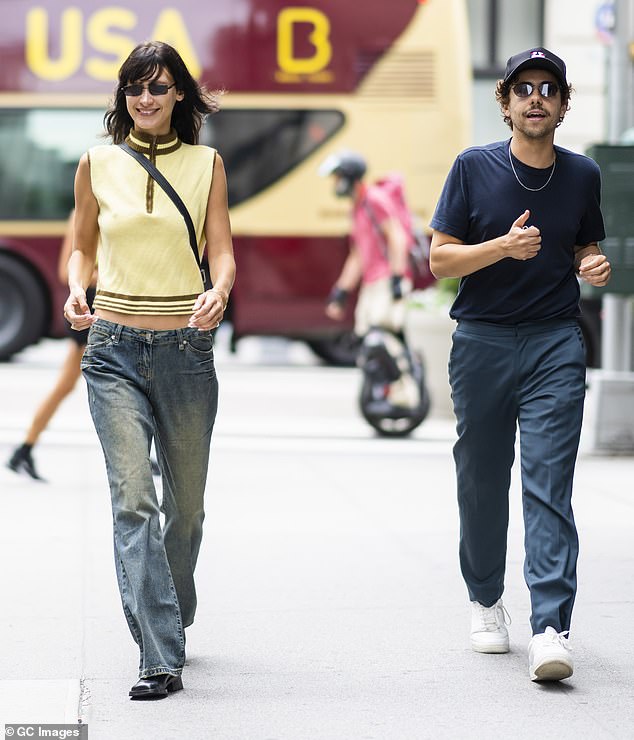 Co-stars: Bella will be making her television acting debut in season three of the hit Hulu comedy, Ramy

The supermodel was recently cast with a recurring role in season three of the Hulu comedy series, Ramy, according to Variety.

The show was not only created by Ramy himself, but is also written, directed, executive produced, and stars the talented award-winner.

Bella will have her television acting debut in the series, and additional information of her role and character has yet to be revealed. 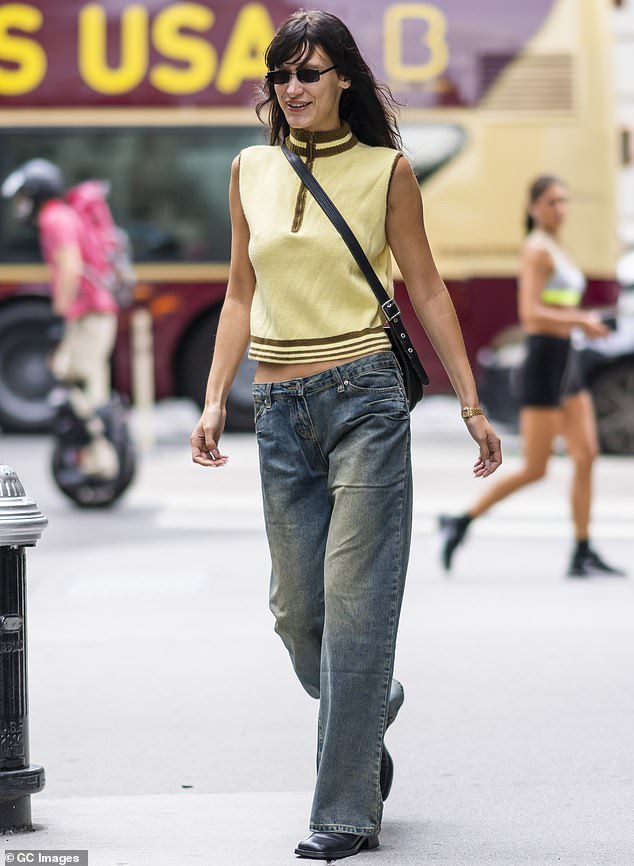 Big step: The supermodel is making a huge milestone in her career, and will step into the world of acting with a recurring role in the Hulu show, Ramy 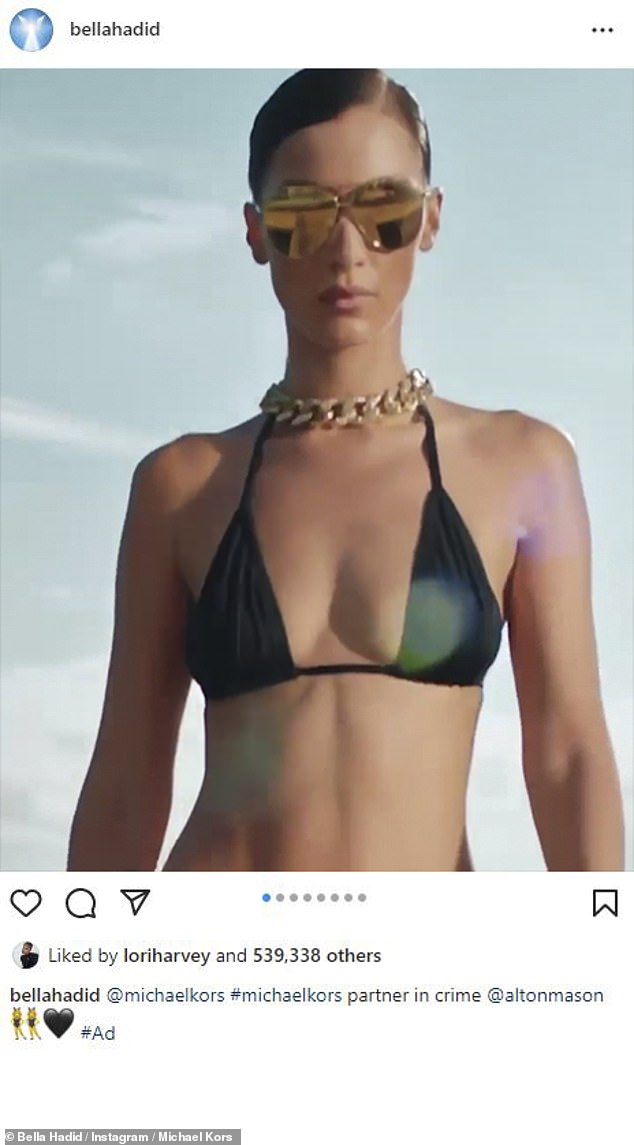 On-the-go: Bella has been busy with not just her debut acting role in a television series, but also campaigns with brands such as Michael Kors and Victoria’s Secret