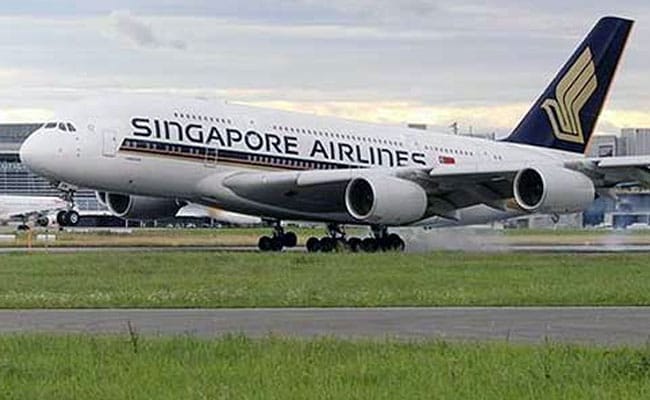 The plane had to be escorted to Singapore by fighter jets. (Representational)

An American whose bomb hoax on a commercial flight prompted Singapore to scramble fighter jets was sentenced to four weeks in prison today, after a court found him guilty of causing hurt by slapping a cabin crew member.

Authorities had dropped charges against La Andy Hien Duc over his bogus bomb warning made during the Singapore Airlines flight from San Francisco on Sept. 28, after considering an expert assessment of his mental health.

Duc, 37, who appeared in court via video link, pleaded guilty to slapping a member of the cabin crew during efforts to restrain him.

He has been diagnosed with schizophrenia, according to his lawyer Johannes Hadi.

The court heard how Duc had recalled hearing a voice in his head telling him there was a bomb on the plane and to shout that out to alert others.

The plane had to be escorted to Singapore by fighter jets.

“His delusionary beliefs, auditory hallucinations, as well as psychotic thought disorder have greatly contributed to his offending behaviour,” the judge said during the sentence hearing.

The jail term was backdated to his arrest and Duc would be released on Friday and return to the United States.

(Except for the headline, this story has not been edited by NDTV staff and is published from a syndicated feed.)

Featured Video Of The Day

6 popular hot springs around the world Malaysians can visit

‘Roof came crashing down on us’