All-male fight on the cards for Subang seat 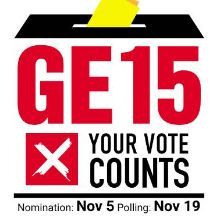 Incumbent MP Wong Chen, a former corporate lawyer, will defend the Subang parliamentary seat (P104) in Selangor. He was announced as PKR’s candidate for the constituency on Oct 28.

The predominantly Chinese constituency was previously known as Kelana Jaya, before it was renamed Subang in the 2018 redelineation exercise just before the 14th General Election (GE).

The seat has been held by PKR since GE12 in 2008 when Loh Gwo Burne won the seat.

Wong said: “I would like to think my parliamentary works and community activities speak for themselves. These are evident from my social media posts since 2013.”

On community work, he said his focus was primarily on education and welfare including distributing equal allocations to 51 public schools in Subang and helping flood victims.

If elected again, Wong said he would want to fight corruption and continue reforming Malaysia, particularly fiscal and economic reforms. 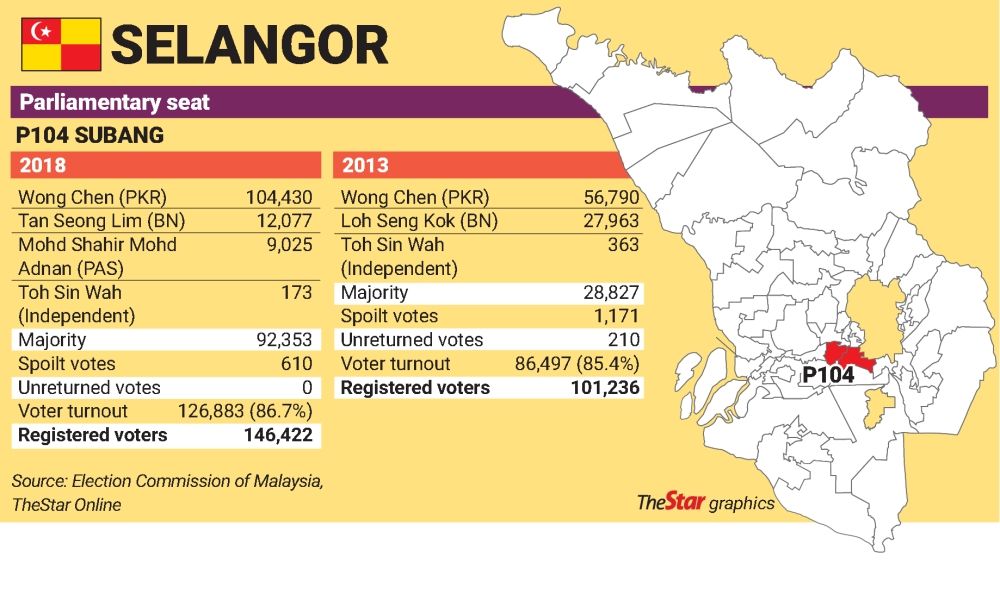 “The national debt is unsustainable and the economic system needs better strategic policies and greater transparency.

“I would work towards a policy for Malaysia to reach net zero within a decade and then restructure our economy based on a much greener platform,” said the 53-year-old who studied at University of Warwick, United Kingdom.

When contacted by StarMetro, likely candidates from Barisan Nasional and Perikatan Nasional (Perikatan) vying for Subang seat declined to confirm their candidacy, preferring that the announcement be done by their respective party leadership.

He said: “One of the first things I intend to do if elected is to organise a townhall session every three months to highlight all residents’ issues with agencies such as local councils, the police and the Welfare Department.

“I also hope to expand the Safe City (Bandar Selamat) concept to the constituency. I want to highlight that crime prevention is not only about physical aspects, it also needs a soft approach like negotiations to avoid misunderstandings.”

The Selangor chapter of the Malaysia Crime Prevention Foundation committee member is a lecturer and food and beverage consultant who obtained his doctorate in biotechnology from Universiti Putra Malaysia.

A Gerakan source said that Chai Ko Thing from its Selangor liaison committee is speculated to contest in Subang under the Perikatan ticket.

Chai, a 50-year-old corporate litigation lawyer, had previously contested and lost the Bukit Gasing state seat in GE14, when Gerakan was then still part of Barisan.

Former journalist Charles CJ Chow, who previously announced that he would contest in Subang as an independent candidate under the Gerak Independent political reform group, pulled out of the race after quitting the movement.

Human rights lawyer Siti Kasim said: “Gerak has no plans to field someone else in Subang. When we interviewed candidates last year, we left it to them to decide where they wanted to contest.”

Siti Kasim herself will be contesting as an independent candidate in Batu.