A Current Affair reporter Seb Costello has been accused of assaulting a woman during a neighborhood confrontation in Melbourne.

Costello, who has made a name for himself fronting unsuspecting targets outside courthouses, will himself be forced to front a Melbourne court next month.

A Current Affair reporter Seb Costello has been accused of assaulting a woman during an ugly neighborhood confrontation. Costello, who has made a name for himself fronting targets outside of courthouses, will himself be forced to front a Melbourne court next month 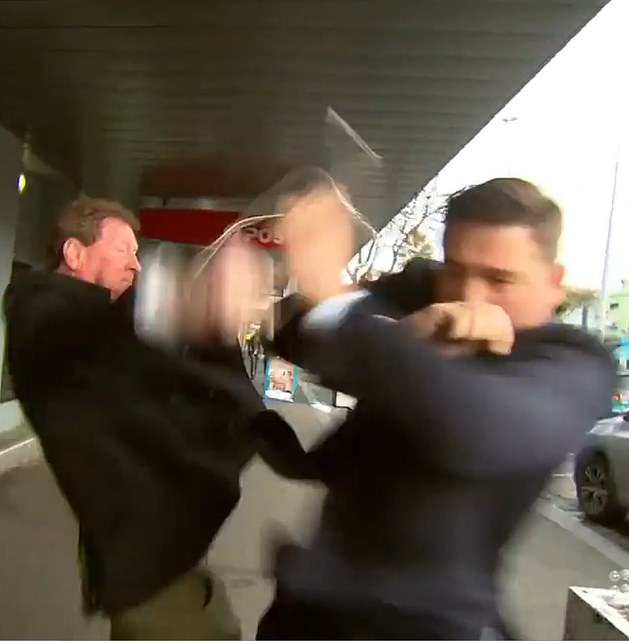 A Victoria Police spokeswoman confirmed in a statement on Wednesday the son of former federal treasurer – and Nine chairman – Peter Costello would be charged on summons over allegations he assaulted a man and woman.

‘It’s alleged the man was involved in an altercation with a 23-year-old man and 22-year-old woman in an unnamed laneway near Boyd Street about 9.30am,’ the statement read.

‘The Richmond man will be charged on summons with two counts of unlawful assault and will appear at the Neighborhood Justice Center in Collingwood. There were no injuries during the incident.’

Costello told Daily Mail Australia: ‘These matters are before the court and will be vigorously contested.’

The reporter made headlines himself just last week after he was allegedly assaulted by disgraced former AFL player agent Ricky Nixon.

Costello had been pursuing Nixon along Bay Street at Port Melbourne when Nixon appeared to strike him in the face with his elbow. 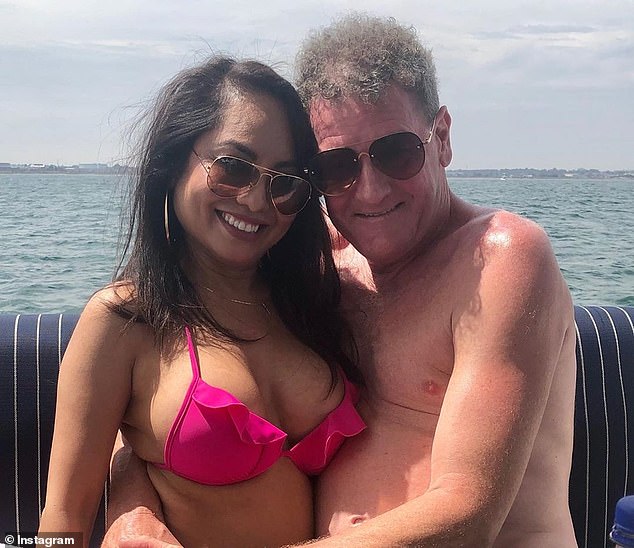 Costello had been pursuing Nixon along Bay Street in Port Melbourne when Nixon appeared to strike him in the face with his elbow. Nixon is pictured with fiancée Melissa Huynh

Victoria Police confirmed to Daily Mail Australia that Costello reported Nixon to the police over the incident.

WHO IS SEB COSTELLO

Seb Costello is an award-winning television and radio journalist.

He joined ACA in 2020 having covered major stories at home and abroad.

As the Europe correspondent for Channel Nine, Costello covered the Grenfell Tower Fire and the Royal Wedding of Meghan Markle to Prince Harry.

He has interviewed many household names including LeBron James, Mark Wahlberg, Mike Tyson and David Attenborough.

He has been involved in several controversies over the years, including a bizarre feud with Sunrise newsreader Edwina Bartholomew, which resulted in her issuing a public apology and paying him $20,000 as a result of an ‘errant tweet’ she posted about him.

‘South Melbourne police are investigating following a report of an assault that occurred in Port Melbourne on 27 July,’ it said via a statement.

‘It is believed an altercation occurred between two men and a man was assaulted on Bay Street about 11.20am. No arrests have been made and the investigation remains ongoing.’

Disturbing footage which aired on ACA that night showed Nixon sarcastically apologize to Costello after appearing to crack the unsuspecting reporter in the jaw.

The 59-year-old followed up on social media in a post that has since received more than 300 comments – most of which applauded his actions.

‘God i wish the media would get it right – i thought i kicked him then stabbed him, slashed him then ran over him in my car and then finished him off with #TootToot !!! And got a standing ovation in Bay St,’ Nixon posted.

‘The Match Review Panel said he ducked and ran into it and that it was accidental. #ChickenGoesBANG.’

Costello has been a regular face and voice in Melbourne for the past decade.

After joining the Nine News Melbourne team in 2012, the former producer at radio station 3AW quickly established himself as a leading reporter.

But during his pursuit of stories and scoops, Costello has had several run-ins with rival network Seven.

In 2015, he ended his friendship with Seven News reporter Tom Browne over a ‘clash’ while covering the return of AFL star Lance ‘Buddy’ Franklin following a period out of the game due to mental strain, the Herald Sun reported. 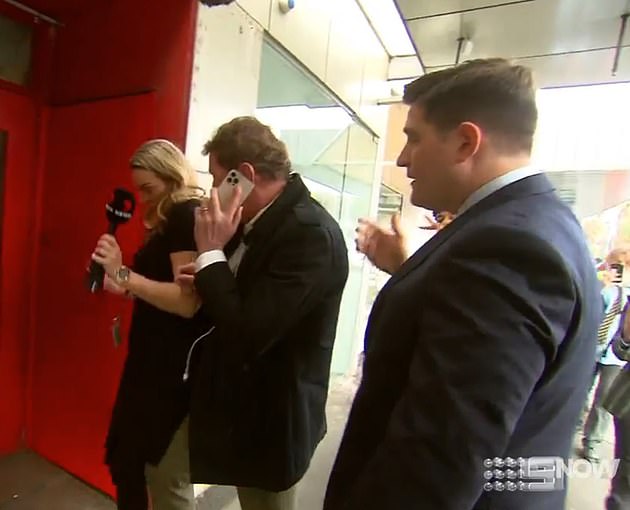 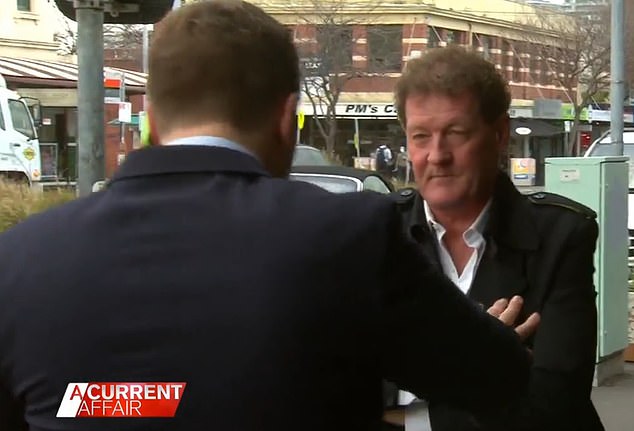 Browne failed to get close to Franklin during a live cross because he was restricted by a microphone wire attached to the camera and his earpiece fell out mid-pursuit, while Costello walked alongside Franklin and got the scoop.

Costello reportedly then said the Browne’s debacle was regarded by the Nine newsroom as ‘the worst live TV they’d ever seen’.

In 2019, Costello hit the headlines again after ‘colliding’ with Seven News reporter Sharnelle Vella while both were chasing comments after a court hearing.

‘As Costello jostled for position, he gave Vella a “fair old hip and shoulder” and also had a run-in with the Seven cameraman,’ an onlooker told the Herald Sun. 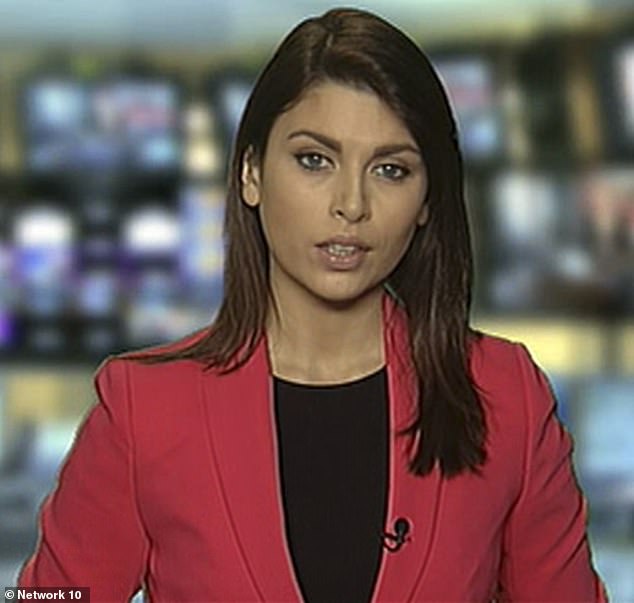 Drama: In 2019, Costello hit the headlines again after allegedly ‘colliding’ into Seven News star Sharnelle Vella (pictured) while both were reporting outside court. He later apologized

Vella said that Costello apologized afterwards and ‘that’s the end of it’, while the Nine man later said ‘I should have had more awareness’ and ‘I wish it didn’t happen like that’.

During his 18-month run as Nine’s European correspondent, Costello’s whereabouts were questioned by some viewers after he went ‘missing’ from screens for several weeks in 2017.

Having reported on a succession of major stories – including the London Bridge terror attack, Manchester Arena bombing and Grenfell Tower disaster – the Nine reporter admitted he was ‘burnt out’.

He took a three-week break in August 2017, shortly after landing in Barcelona to cover the La Rambla terror attack, where 13 were killed and 130 left injured.

‘By the time I got to Barcelona, ​​I landed on Thursday night and in the middle of that story it all just kind of hit,’ he previously told the Herald Sun.

‘I burned out in that situation. I got home and we just decided to organize a bit of a break.’

During his furlough, Costello sought professional help on how to avoid a similar burnout again.

‘Being able to talk to someone allowed me to work out what was and wasn’t working and how to manage career and personal life a lot better,’ he said at the time.